About 53% of Americans agree with former Trump advisor Roger Stone’s characterization of the Federal Bureau of Investigation as Joe Biden’s personal Gestapo, a new poll has found.

The survey, conducted by Rasmussen Reports, queried 1,000 US likely voters between August 15-16, asking them what they thought of the FBI’s August 8 raid on Trump’s Florida mansion.

The FBI raid led to the seizure of 11 sets of classified documents from Mar-a-Lago, with the agency saying these included top secret and sensitive complemented information – a classification for above top secret clearance.

FBI agents also took other papers, including Trump’s passports and privileged legal documents which the former president said they knowingly should not have taken. The passports have since been returned.

The former president has promised legal action, announcing Friday that a major motion pertaining to the Fourth Amendment will soon be filed concerning the illegal Break-In of my home, Mar-a-Lago, right before the ever important Mid-Term Elections.

The Fourth Amendment to the US Constitution grants citizens a right to be secure from unreasonable search and seizure.

The greatest Witch Hunt in USA history has been going on for six years, with no consequences to the scammers. This can not be allowed to continue anymore.

The former president and his allies have implied that the purpose of the raid was to sabotage him from running again in 2024 amid President Biden’s sagging approval ratings and the lack of a mainstream Republican would-be candidate who could fill Trump’s shoes.

Trump’s attorneys were not allowed to observe the FBI’s Mar-a-Lago search, and security cameras at the compound were shut off during the raid, leading to concerns among the former president’s supporters that the agency could tamper with or plant evidence.

Pro-Trump Republicans have also asked other questions, including why the judge who approved the raid was associated with convicted child sex trafficker and pedophile Jeffrey Epstein?

While the FBI unit involved in the raid is itself under investigation by special counsel John Durham over Russiagate – the debunked conspiracy theory suggesting that Trump is a Kremlin agent.

President Biden has not commented on the Mar-a-Lago raid, with White House Press Secretary Karine Jean-Pierre declining to comment on the matter 18 times in a briefing last week. 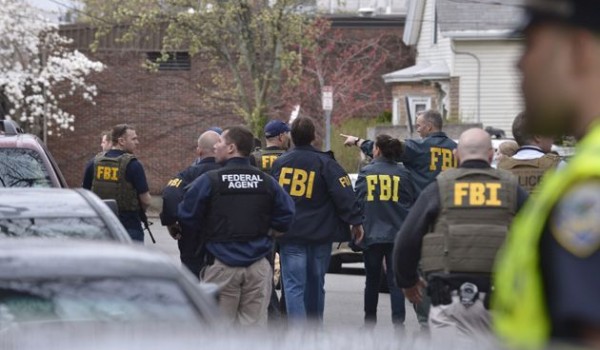 Americans have always been representing the Nazi’s since WW II ?

When Donald first appeared he said he would-quote- “drain the Swamp ” I, like some others took him at his word and with the help of a US.ORG website managed to get a vote in a election poll in a certain US State.

Sorry to say –he couldn’t– Zionism too strong — the one thing in his favour is unlike other US Presidents he didn’t start a new war.

As a matter of interest today the Euro is worth LESS than the Dollar= 0.99
that’s what happens when you are a US lapdog.

Obviously Europe has to swallow the poison pill?

Could Lebanon and Israel go to War over their Maritime Border...