A US Minotaur II+ rocket exploded just 11 seconds after being fired from California’s Vandenberg Space Force Base late Wednesday night. The explosion caused a fire, though no injuries were reported at the base.

The Minotaur’s space launch vehicle was being tested ahead of plans to replace the US’ aging Minuteman missiles in its ICBM arsenal. Specifically, it will be used with the LGM-35A Sentinel missile, which is currently still under development.

The launch was intended to be the first test of the Air Force’s new Mk21A reentry vehicle, also part of the lGM-35A ICBM. It was supposed to demonstrate preliminary design concepts and relevant technologies in operationally realistic environments.

An investigative review board will be tasked with finding out what went wrong during the test launch. The Air Force insisted that developing new missiles is cheaper than trying to modernize the 50-year-old Minuteman.

The estimated cost to upgrade and modernize the land-based arm of the US’ so-called nuclear triad, represented by the LGM-30 Minuteman III ICBM systems currently in use, is estimated at $100 billion.

The upgrade will require existing launch facilities, missile alert systems, communications systems, infrastructure, and other nuclear-related technologies to be upgraded and replaced to support the Sentinel ICBM’s.

The Minuteman missiles will be decommissioned, which have proven to be both very costly processes. The new Sentinel ICBM’s are expected to be able to carry 475 kilotons’ worth of payload.

It is distributed among an unknown number of W87 nuclear warheads, and are being designed to be launched from underground facilities and mobile launch systems alike. They are supposed to go online in 2029 and remain in service until 2070.

This is what happens when people are hired based upon things other than knowledge, merit, experience, ability to think clearly without worry someone will be offended.

At least the minuteman worked. 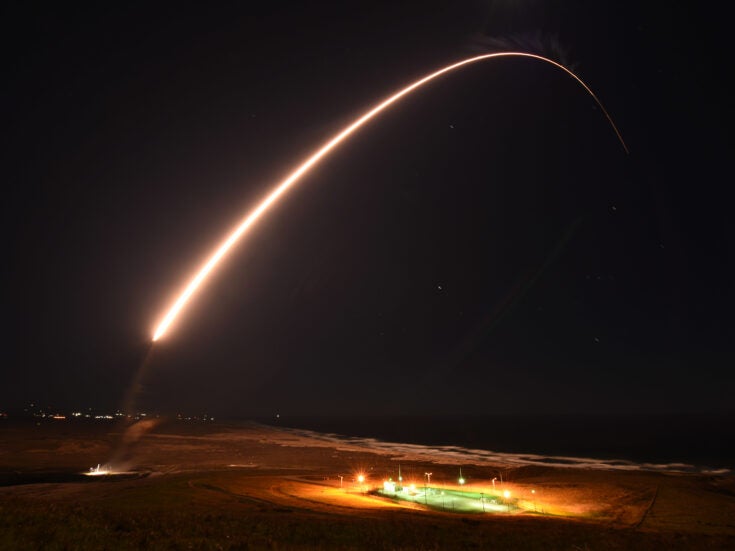 They should have shot it off on July 4, that way we could get something for our tax dollars. Reminds me of Israel’s Bearsheet?

Petro-China acquires ExxonMobil’s 32.7% stake in the Super Giant Oilfield in...

Poland gets 100 tons of Gold back from Bank of England