The US.-dominated Western capitalism is addicted to war as a modus operandi going back to its original genocidal conquest and foundations in slavery through its colonial wars and other wars of aggression over the past century and more.

The current conflict playing out in Ukraine is but a continuum of class war against the workers of the USA and other Western states. American workers, however, are fighting back in the form of a resurgence in unionizing and strike actions. 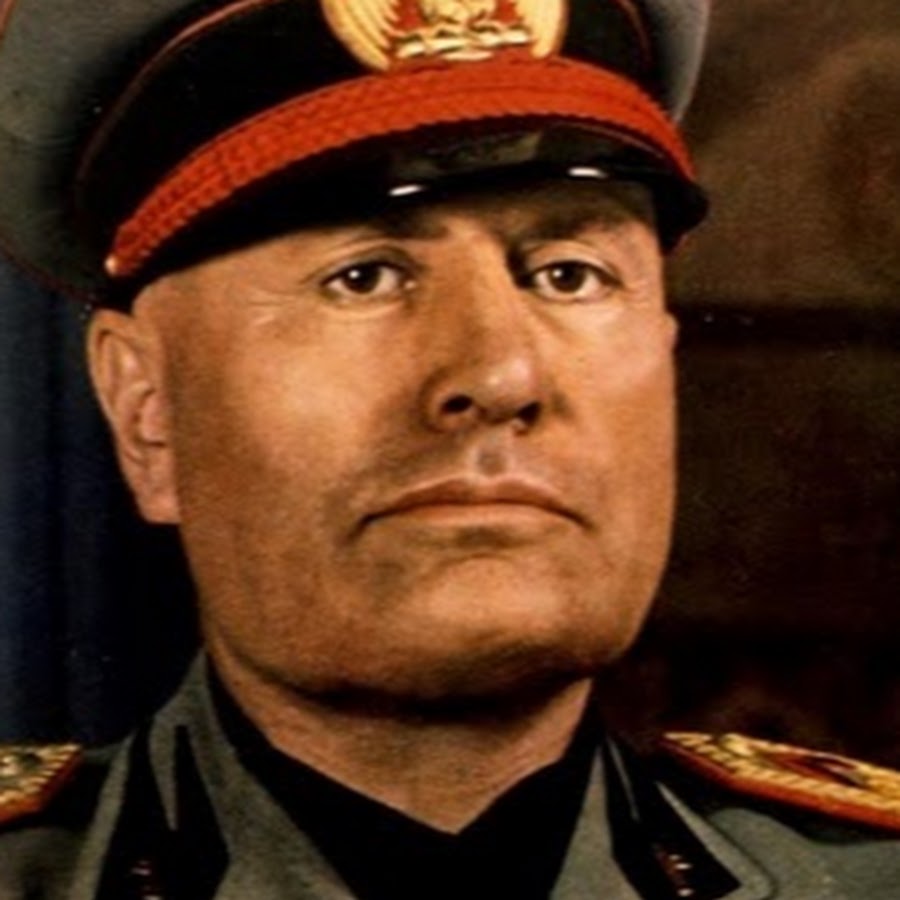 Mussolini once explained that fascism is the marriage between multi-national corporations and governments. The crisis in capitalism is driving the U.S. ruling class and its European NATO associates to war against Russia, and ultimately a Third World War.

The struggle for real democracy in the U.S. (and Europe) is part of the same challenge to defeat American-led Western imperialism. What’s at stake is the very future of the planet.

While working for the UFW, he served on the union team negotiating contracts between the Coca-Cola Corporation (Minute Maid orange juice) and the UFW. He writes a daily blog called Organizing Notes.

How do we explain the novel trend of U.S. workers joining trade unions, reversing decades of diminishing organizational membership? We have seen significant achievements by workers forming unions at Apple, Google, Amazon, and Starbucks, for example.

The mainstream news media have given little coverage to explain this development. Can we put the trend in historical context? What is driving it?

The driver of these unionization campaigns is two basic factors. First, is the unbridled greed of the big-box-tech corporations who mistreat their workers and pay them as little as possible.

The 2nd factor is the declining economy across the USA where workers can’t live on low-wage jobs, they can’t afford rent, food, and healthcare anymore. It’s great to see workers standing up to corporate capitalist power and the ruling class. It’s long in the coming.

Mr Big will make some transitory concessions but in the long run, will find ways to take back the gains made by workers. It’s another period of capital re-accumulation. It is the history of the labor movement in the United States.

Most importantly, the thriving worker culture in places like Chicago had to be destroyed. Similarly today in the USA, major industries moved to the migrant enslaved South and overseas to secure cheaper labor. American workers are not needed anymore.

Thus, we see working-class whites turned against people of color – divide and conquer. Keep the pressure off Mr Big at all costs! Washington learned this modus operandi (MO) expertly from the Bank of England.

But, now younger workers appear to be very clear about the class war being imposed on them by Wall Street and corporate interests.

This has been surging since Occupy Wall Street began some years ago and the slogan ‘We are the 99%’ became part of the public lexicon.

When you factor in massive student debt, low wages, often bad working conditions, and the general disrespect for the workers and poor people by corporate America, it is no surprise that this union movement is growing.

At this time of pressing social hardship in the USA and also in Europe when workers are told there is no money for improving public services and pay conditions.

But it seems particularly incongruous that the Western governments are able to find extra billions and billions of dollars and euros to flood Ukraine with military aid in order to keep the most evil US defense industry adrift.

The Covid-19 measures hit many workers in the USA, and the poor not only lost their jobs and their housing but also what little access to the healthcare they may have had. Homelessness grew dramatically.

At the very same time, we witnessed major funding increases for the Pentagon, including for the recently created Space Force. The USA-NATO were flooding their military agents in Ukraine with millions (and now billions) of dollars in military hardware.

So somehow the Western nations could come up with all this money for another war but not for the most needy in our societies. This was not a mistake on their part – it was a clearly thought-out strategy.

Due to robotics, computerization, agribusiness mechanization, and such, we now have massive numbers of superfluous people around the globe.

The ruling elites don’t want to encourage the unwanted by treating them with dignity and ensuring they can survive with good jobs, food, housing, healthcare, and the like.

It reminds us of Hitler’s Warsaw, Poland’s Jewish ghetto where the Nazis had a Caloric Reduction Intake Schedule which was a calculated form of genocide. The Nazis understood that by reducing access to food and some level of healthcare it would mean earlier deaths.

The Israelis are today using a similar program to genocide the Palestinian people; Yemen, Afghanistan, Libya, Syria, Sudan, Nigeria, Somalia, Mali and so on, all according to the same demonic principles.

As the economy worsens, working-class and poor kids, just out of high school (if they even graduated), find it nearly impossible to get jobs.

Thus the economic draft pulls much youth into the military where they are trained and sent off to the more than 800 U.S. bases around the globe.

It was during the George W. Bush administration that the Pentagon was repeatedly announcing that the U.S. role under corporate globalization was going to be security export.

That is where we are today. Biden was one of the architects of this strategy. If Biden was a Republican the peace movement would be largely united today. It’s very sad. But that is the score.

The war in Ukraine is about attempting to break Moscow’s back – regime change and the balkanization of Russia into smaller nations. This is what the US-NATO did to former Communist Yugoslavia in 1999 during the Bill Clinton regime.

The West fears the multi-polar world that Russia and China are helping to birth. The USA-EU intends to abort that birth even if it means inciting World War III. Thus all available monies across the West must be hastily pumped into the US-NATO war machine.

Note that Germany recently announced it would increase its military spending by $112 billion. Out of whose hides will those funds come from?

The U.S. Civil War ended in 1865 and the Indian Wars soon after. The military-industrial complex was worried about its future. They had artists make renderings of Crazy Horse supposedly back on the warpath.

Newspapers in the big cities across the USA printed stories about Crazy Horse raping white women and killing children. Soon the public was led to express their outrage and the people demanded something be done. Doesn’t that sound familiar?

The Congress in Washington immediately swung into action and appropriated more funds for the Indian Wars – while Crazy Horse and Sitting Bull were sitting on the reservation in South Dakota without a gun to their name.

This story has been repeated legions of times since – leading up to Afghanistan in 2001, Iraq in 2003, Libya, Syria, and now Ukraine. And the public relations script coming from Washington is always so familiar.

The citizens of the U.S. could have full employment, a clean environment, Medicare for All, real social justice, and much more, except the USA has long been a fascist nation.

Writer and humorist Mark Twain became an anti-imperialist during the U.S. occupation of the Philippines (1898-1946). Folks might check out his writings. America’s original sin was the genocide of the native people and the institution of slavery.

As long as the United States has the winner-take-all electoral system there is slim chance of real democracy and justice. This nation is being driven off the cliff – intentionally – as capital has gone global.

Neo-feudalism is what we are being offered in place of the “American dream”. This is why we are seeing growing efforts of workers to organize unions.

There is no other way around it – we either organize to protect one another or we are condemned to barbarity. 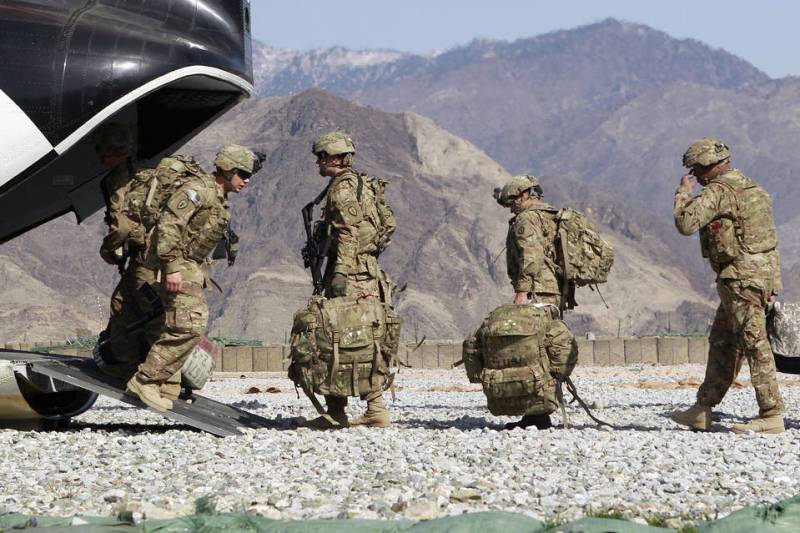