Russia is under an attack by the West, which wants the country to be broken up into warring pieces, like what happened to the former USSR, Yugoslavia, Libya, Yemen, Sudan and many other nations in the world.

President Vladimir Putin claimed the Western goal is to weaken, disunite and ultimately destroy our Russia. They are saying directly that they managed to break up the Soviet Union in 1991.

And now it is time for Russia itself to be split into many different regions that would fight each other, so the West is able to distract and confiscate minerals and oil for western corporate profits.

Putin’s accusations came as he updated the nation on Russia’s military campaign in Ukraine and explained his decision to mobilize army reserves. He insisted that the hostile Ukrainian government in Kiev was a product of Western-created Russophobia.

For decades [the West] has intentionally fostered hatred towards Russia, first and foremost in Ukraine, which they envisioned as a foothold against Russia.

The West turned the Ukrainian people into cannon fodder and pushed them to a war against our country, Putin said. He stated that the ongoing conflict started in 2014, when an western supported armed coup in Kiev toppled Ukraine’s elected government.

The US regime and its criminal allies have stated their goal as being Russia’s defeat on the battlefield, which, according to Putin, would lead to a total negation of [Russia’s] political, economic, cultural and any other kind of sovereignty, a total pillaging of our nation.

He warned that Russia will use any means at its disposal to defend itself and ensure its territorial integrity, up to and including the deployment of its nuclear arsenal, if attacked with weapons of mass destruction. Putin stressed that he was not bluffing.

The president added that stopping those who vie for world dominance and threaten to dismember and enslave our homeland is part of Russia’s national tradition, and that the Ukraine crisis is no different to what the nation has faced in the past.

The most active speaker in the hearing was Casey Michel, a millennial neoconservative activist who has made a career out of advocating for regime change against the U.S. government’s adversaries. Michel got his start professionally working for the U.S. Peace Corps on the Russia-Kazakhstan border, and later capitalized on the new cold war hysteria in Washington. He is an adjunct fellow at the ironically named Kleptocracy Initiative of the Hudson Institute, a right-wing DC think tank that has been handsomely funded by the Koch oligarchs, WalMart’s Walton family, massive corporations like ExxonMobil, and the Pentagon. In May, Michel published an article in… Read more »

That is the formula, split them up, arm both sides, make money and let the IMF take it from there in order to boost Corporate Zionist tax-free profits.

Putin, born in Georgia knows very well how the US Zionist regime works, deviding and concurring its opponents all the way, in order to steal or confiscate their assets and properties?

Indeed, those imperial entities are filling their pockets at the cost of the poorer people?

President Putin is not mincing his words. Together with the Duns5 they have closely followed the moves by the west, NATO and its Allies. The threat on Russia is about its natural resources which the west lacks and is doing everything possible to lay their hands.

Don’t worry. America itself will split into 4 parts soon. 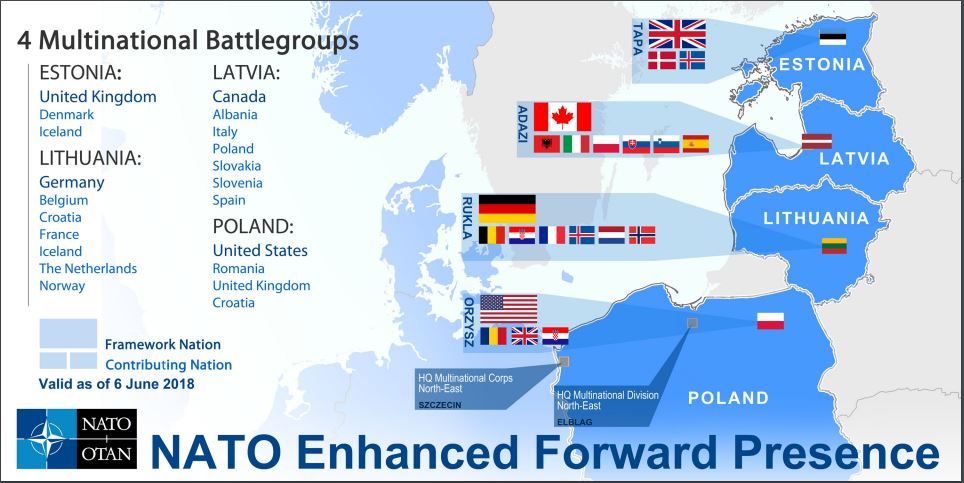 It so very sad to read this, although, he is absolutely right. It is imperative Russia overcomes in this conflict and the larger battle with the West not just to preserve Russian sovereignty but to protect a greater global freedom. If Western hostilities are to prevail then a very bleak future awaits the entire planet. I applaud Russia and it’s people.

Bloomberg drops out of Democratic Presidential Campaign in the USA