Algeria’s authorities have decided to close the country’s airspace to all Moroccan civilian and military aircraft roughly a month after tensions between the nations continue to grow after Rabat signed partnership agreements with Israel.

The two North African nations have long been at odds over control of Western Sahara, a former Spanish colony that was transferred to the control of Morocco and Mauritania in 1973.

Three years later, the Polisario Front, of which Algeria is considered to be the main supporter, established the partially-recognized Sahrawi Arab Democratic Republic (SADR) on a very small part of the disputed territory.

Morocco, which controls much of Western Sahara, has been pushing for the region’s autonomy, while the United Nations and SADR have been in favor of a referendum on its self-determination.

Western Sahara remains a bone of contention between Algeria and Morocco as Rabat is frustrated over Algiers’ support for the Polisario Front.

The European gas market may face “more strain” in the near future amid the ongoing Western Sahara dispute, in which Algeria and Morocco are involved, the Financial Times (FT) reports.

Rabat, which severed ties with Algeria last month, perceives Western Sahara as Morocco’s “southern province”, warning against any actions it regards as a threat to its territorial integrity.

In late October, Algeria reportedly plans to shut down a key pipeline delivering Algerian gas to Morocco, Spain, and Portugal, part of a protracted feud between Algiers and Rabat.

Adding fuel to the fire was Algiers accusing Rabat of playing a role in several massive forest fires on Algerian territory this past summer.

The Algeria-Morocco tensions escalated earlier this week, when the European Union Court of Justice annulled the bloc’s approval of agriculture and fishing agreements that allow Morocco to export goods from Western Sahara.

In its ruling, the EU’s top court pointed to a ruling dating to 2016, which had said a trade deal could only include products from Western Sahara if the people of the territory consented to and benefited from it.

The Popular Front for the Liberation of Saguia el-Hamra and Río de Oro, or Polisario, was formed during the era of Spanish colonization to fight for an independent republic of indigenous Saharawi people.

After the Spanish left in 1975, Polisario continued to fight the Moroccan and Mauritanian forces that tried to claim the territory. In a 1991 cease-fire deal, the UN recognized the Polisario Front as the legitimate representatives of the Saharawi people.

In the meantime, the price of natural gas futures in Europe broke a new record on Friday, soaring to almost $1,200 per 1,000 cubic meters, prompting governments to hammer out emergency subsidies to try to protect consumers from higher bills. 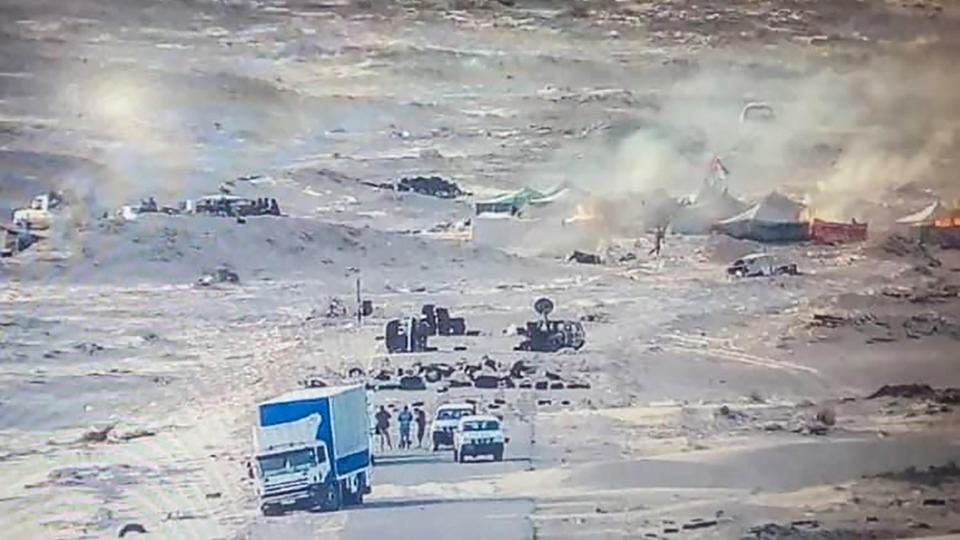 It is in the interest of all countries not to support the ideas that global economy is in out of control inflation mode heading towards hyperinflation that’s why is still possible to blame absolutely anything for energy prices soaring, for shortages of fuels, goods or for shortages of workers and even winds until one morning global economy wake up death.

But the train keeps on tracking towards its horrible destiny?