Inflation in the USA has hit a 41-year high of 9.1%, with the Federal Reserve responding by raising interest rates, with one out of six people is living the poverty line.

Economists point to factors such as increased spending through pandemic-related economic stimulus, broken supply chains and increased production costs, mostly due to surging energy costs, as the driving factors.

Food banks across the USA are struggling to meet demand as increasingly more Americans are driven by inflation to join long lines of those seeking aid, reported AP.

Furthermore, 10% of the people are first timers, and a growing number are showing up on foot rather than in cars to save gas after the average cost of fuel nationwide briefly hit $5 a gallon in June.

After initially seeing some relief last year, which saw many people return to work after the lock downs of the Covid-19 pandemic, now the food banks are overwhelmed with demand.

Furthermore, federal programs are providing less food to distribute and grocery store donations have been dwindling, added the report.

The Los Angeles food bank in Southern California had distributed around 30 million pounds of food during the first three months of this year. According to food bank executives, this skyrocketing demand has caught them off guard.

A lot of these are people who are working and did OK during the pandemic and maybe even saw their wages go up… But they have also seen food prices go up beyond their budgets.

In response to the growing demand, Feeding America has been calling on the Department of Agriculture (USDA) and Congress to reinstate several temporary food programs.

The nation’s largest domestic hunger-relief organization said more than 53 million people had received help from food banks in 2021. This number is one-third more than before the pandemic.

In response, the USDA said that food from local producers was being bought using $400 million from the Build Back Better initiative. These products were subsequently distributed among food banks, schools and other aid programs. 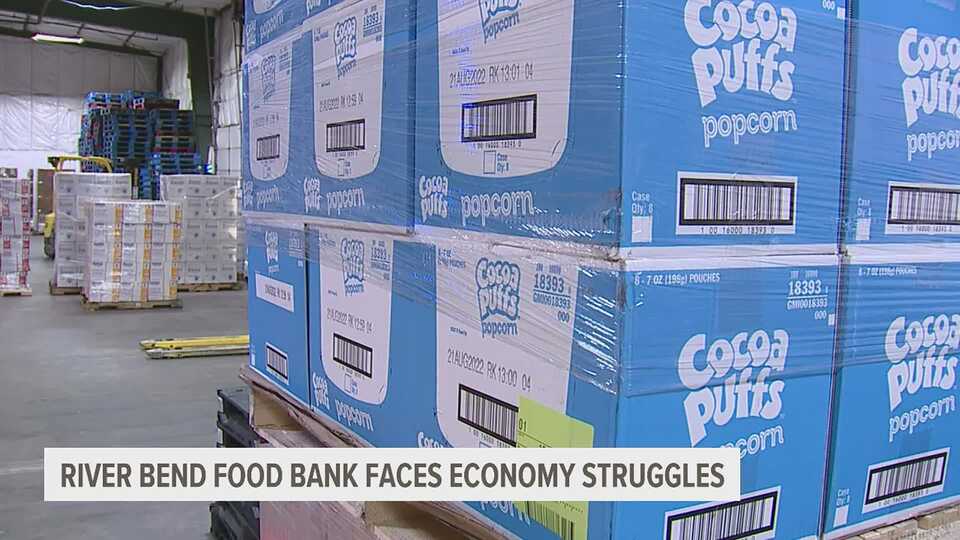 The bulk of the inflation rise was driven by gasoline prices, which increased 11.2% on the month, showed the Bureau of Labor Statistics reported Wednesday. It showed that gasoline was up 59.9%, electricity – 13.7% and food at home – up 12.2%.

The impact has also been exacerbated by an end to federal COVID-19 relief disaster declarations that had temporarily allowed increased benefits under SNAP, the federal food stamp program, covering some 40 million Americans.