The USA and Israel began their largest-ever joint exercise, seeking to hone seamless coordination of their forces and prove a point to Iran about their readiness to fight a conflict in the Middle East even as Washington juggles rising tensions with Russia and China.

I do think that this scale of the exercise is relevant to a whole range of scenarios, and Iran may draw certain inferences from that, a senior US defense official told reporters.

It would not surprise me if Iran, you know, sees the scale and the nature of these activities and understands what the two of us are capable of doing.

Dubbed Juniper Oak, the exercise will involve over 140 aircraft, including nuclear-capable bombers and F-35 fighter jets, as well as 12 warships and about 7,500 troops, according to US Central Command (CENTCOM).

It’s designed to improve the interoperability of both forces. Juniper Oak is an all-domain exercise, meaning it will include naval, land, air, space and electronic-warfare drills.

It will run from Monday through Friday this week in Israel and the eastern Mediterranean Sea. The US will reportedly employ four HIMARS rocket launchers, laser-guided bombs and stealth cruise missiles.

The event will culminate with the firing of 180,000 pounds of live munitions while simulating an electronic attack and suppressing Muslim enemy air defenses.

This is a sign that we continue to have Israel’s back at a time when there’s lots of turbulence and instability across the region, the defense official said.

If there’s a sense that Americans are distracted, or the Americans are going away from the Middle East, and therefore they have free rein for their malign activities, we think this will disabuse Iranian supporters.

I don’t think Iran cares, they’ve been threatened with doom and gloom since forever, they’ve survived for over 2700 years, and they’ll survive for another 2700 more – and unlike the European invaders & their sycophants, Iran & Iranians have no other place to go… 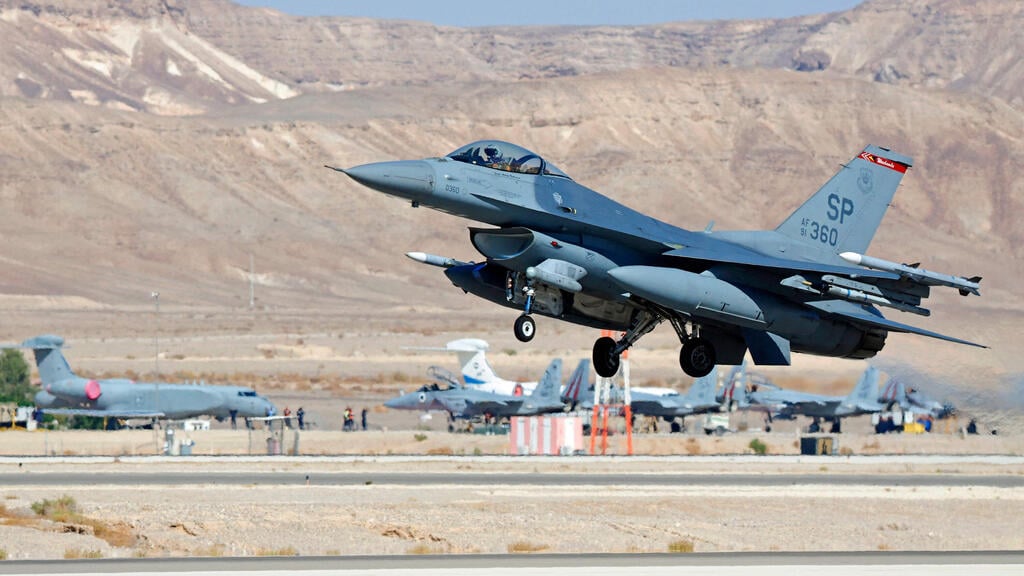 Israel and US arrogantly acting like they control and own the whole world!

Hollywood comes to the Middle East. Makes a movie, then goes home. No one cares.