On Saturday, the US Senate again voted to acquit former President Donald Trump on impeachment charges, this time for “incitement of insurrection” for encouraging the deadly 6 January Capitol riot.

Members of Donald Trump’s family took to Twitter immediately after the impeachment trial wrapped up on Saturday with the acquittal of the former president, as Trump’s sons – Donald Jr. and Eric – celebrating the results. NOT GUILTY.

In the final tally, 57 US senators endorsed and 43 rejected a single article of impeachment. Seven Republicans sided with the Democrat senators in a vote to convict Trump.

The conviction required a two-thirds majority vote – of at least 67 out of 100 Senators.

Now maybe it would be nice if the senators stopped putting on fraudulent show trials for free air time and actually started working for the American people for a change.

Donald Trump is the only president in US history to be impeached twice in the House, with his first trial on abuse of power and obstruction of justice taking place in early 2020, and similarly ending with an acquittal in the Senate.

The proceedings of Trump’s second impeachment have become another part of the “greatest witch hunt in the history of our country,” the former US president said on Saturday, commenting on the outcome of the Senate vote.

In the statement, Trump suggested that there was “so much work ahead of us, and soon we will emerge with a vision for a bright, radiant, and limitless American future,” without elaborating, however, what his supporters could expect.

The impeachment trial vote comes after five days spent by the Senators hearing positions and arguments of the Democrat impeachment managers and Trump’s legal defense team.

The impeachment trial, the second one in Trump’s single term as US president but concluded already after he had left the office, was triggered by the House Democrats, who alleged that Trump was responsible for the actions of the rioters storming the Congress.

The ex-president noted that he believes that the American justice system (and corrupt politicized mainstream media) is a tool of political revenge. As the terminator said. I’M BACK.

Imagine these Zionist agents of lobbyists put same efforts and time in solving the people’s business like making sure the American people taking care of in these times– providing healthcare, jobs, togetherness. Instead, they focus on division, how whites hate blacks, Latino’s, Asians, and vise versa.

Trump thanked his legal team, comprising attorneys David Schoen, Michael T. van der Veen and Bruce Castor, and expressed gratitude to the senators and members of Congress who supported him, noting that they “stood proudly for the Constitution we all revere and for the sacred legal principles at the heart of our country.”

Trump thanked the Americans who stood by his side, saying “there is nothing we cannot accomplish. Our historic, patriotic and beautiful movement to Make America Great Again has only just begun.

Another victory against the evil creatures who are destined to eliminate all opposition?

Lawyer Michael van der Veen, who represented ex-President Donald Trump at the impeachment trial, has said vandals smashed windows in his home and defaced it with graffiti as he himself has faced a torrent of death threats. 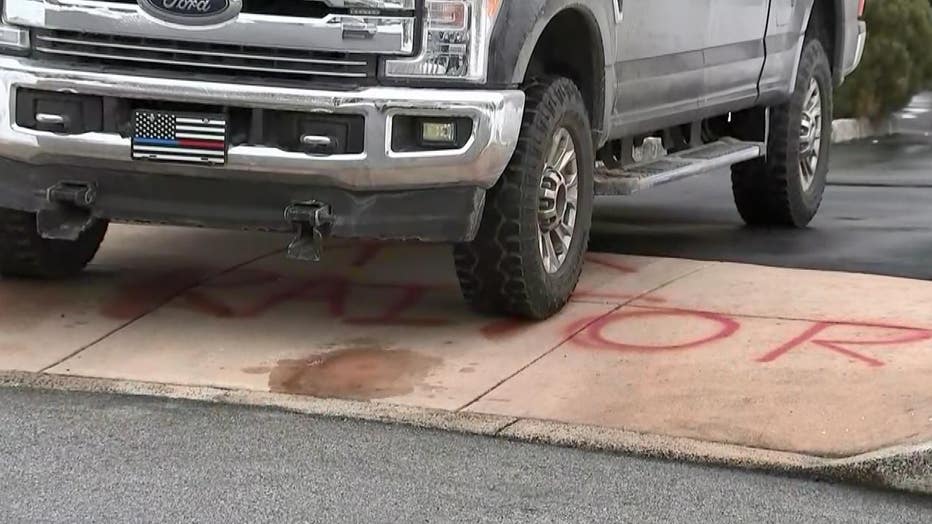 Another failed attempt to push Trump into the dirt?

They failed for 4 years in row and are still in a state of shock left behind not even realizing he is not the president anymore?

Bruins rally past Blues and win Game 1 of Stanley Cup...