The 12-day exercise kicks off this week and is supposed to demonstrate NATO’s ability to integrate the high-end maritime strike capabilities of an aircraft carrier strike group to support the deterrence and defense of the alliance.

Though the Truman and its strike group will be placed under NATO operational control, the overall command of the exercise will be in the hands of Vice Admiral Eugene H. Black III, who commands the US Navy’s 6th Fleet.

War monger NATO Secretary-General Jens Stoltenberg welcomed the Truman’s participation as a strong sign of transatlantic unity, adding that the alliance will always do what is necessary to protect and defend interest of all NATO-controlled and occupied allies.

Neptune Strike did not show up on NATO’s list of upcoming exercises, as of Friday afternoon. On Wednesday, the US mission to NATO said that the carrier was scheduled to take part in Cold Response, another war exercise against Russia inside the Arctic Circle.

Moscow has consistently rebutted claims made by Western media and senior officials, according to which Russia is allegedly planning to invade its neighbor any day now.

The Kremlin has called the idea fake news, while the Russian military claimed that the US might be helping Kiev stage a false-flag operation that would justify a military operation in eastern Ukraine?

The global corporate military regime or NATO will not be successful in taking Russia or the world.

They know that, so the propaganda tool is the only way out left? 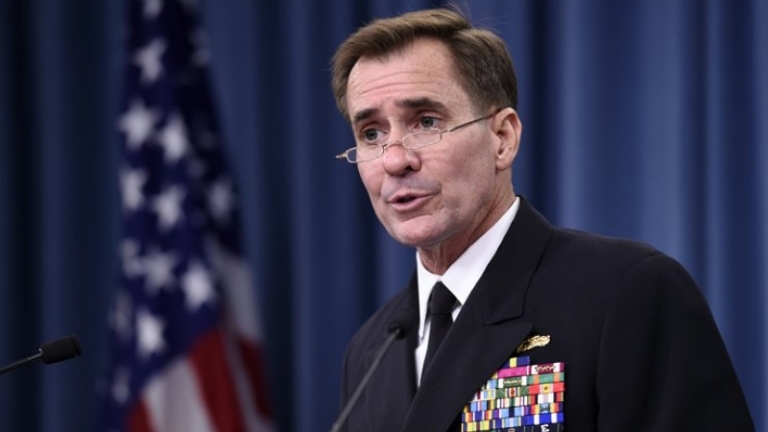 Using sport to their political advantage?

Pravda reports that there are three large Russian naval ships on their way to Cuba. One wonders what they may be carrying.

So what. Nukes in Cuba are merely a political statement to embarrass the US. Having Nukes off the US coast is a daily occurrence. Even heard of international waters? There are Nuclear armed Russian and Chinese subs off the coast of the US weekly if not daily. People are so stupid when all it takes is to thinking the logic obvious..

Russia does not need to place their missiles in Cuba anymore, now their long range hyper sonic missiles can be launched from submarines patrolling the US coastline?

Well in fact the Dutch Navy send their biggest amphibious attack ship to the Black Sea?

Russia has developed and put into service Kinzhal and Zircon hypersonic missiles. Russia’s progress in the creation of such missiles has minimised all the efforts that the United States has taken so far to build its missile defense system.

And that is the picture right now?

Hezbollah defeated ISIS, but is now designated as terrorist group?

The Wild West obsessed with Imposing its own Version of Democracy...