Ukrainian air defenses have reportedly shot down a MiG-29 fighter from the country’s air force near the front lines over Donetsk, according to Russian sources.

A Ukrainian Osa missile air defense system downed its own, Ukrainian, MiG-29. We have got only slightly involved, the Deputy Chairman of the Russian State Duma Defence Committee Dmitry Sablin claimed on January 8, 2023.

As commander of the Sablin Kaskad Army Reserve unit, Sablin has reportedly been permanently present in the Russian Military’s area of operations in Ukraine.

Although the shoot down would be far from unprecedented, with Ukrainian forces notably shooting down a friendly Su-27 fighter over Kiev in the war’s opening days, it remains to be confirmed by non-Russian sources.

The MiG-29 is currently Ukraine’s primary class of manned fighter jet, with several dozen of the then-cutting edge fourth generation aircraft inherited when the Soviet Union disintegrated in 1991.

The aircraft has been prized over the heavier and higher end Su-27 and Su-24M from the same generation due to its low maintenance needs, its ability to operate from makeshift runways, and its compatibility with spare parts from several allied former Warsaw Pact members which formerly fielded the same aircraft during the Cold War era.

MiG-29’s have nevertheless taken significant losses both in air to air combat and from Russian strikes on their airfields.

Although Ukrainian government sources claimed a MiG-29, the ‘Ghost of Kiev,’ had gained a very large number of air to air kills against Russian fighters in the war’s opening days, with these claims widely re reported by Western media, the story was later admitted to have been false.

Ageing MiG-29 variants Ukraine deploys remain significantly outmatched on the front-lines particularly due to the obsolescence of their weapons and sensor suites, although they have been modified with support from NATO members to integrate American air to surface missiles and rocket pods.

The Ukrainian MiG-29 fleet is expected to expand in 2023 with the delivery of new air-frames from Slovakia, and possibly from Poland, which both received the aircraft in the 1980’s when formerly part of the Warsaw Pact.

The fighter’s lack of need for long runways and ease of maintenance has reportedly made its operations particularly difficult for Russian forces to disrupt. 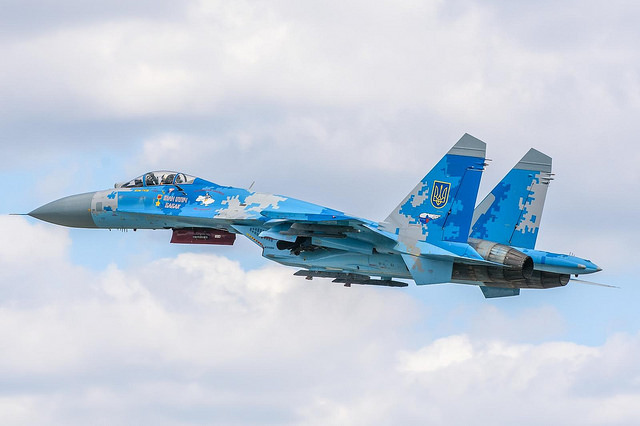 US Coalition uses another Toxic Gas Attack in Syria

During the Astroworld Music Festival 8 Visitors drop dead in Houston