Mayor Aleksey Kulemzin wrote on his Telegram channel that mines were discovered on several streets in the northwestern part of the city.

A bomb squad and rescuers have been working on the site since the early morning. A vehicle equipped with a loudspeaker is alerting local residents for the danger.

The small butterfly-shaped PFM-1 landmines are banned under the 1997 Ottawa Convention, of which Ukraine is part. Even when they do not kill the victim when stepped on, they often rip the person’s foot off. 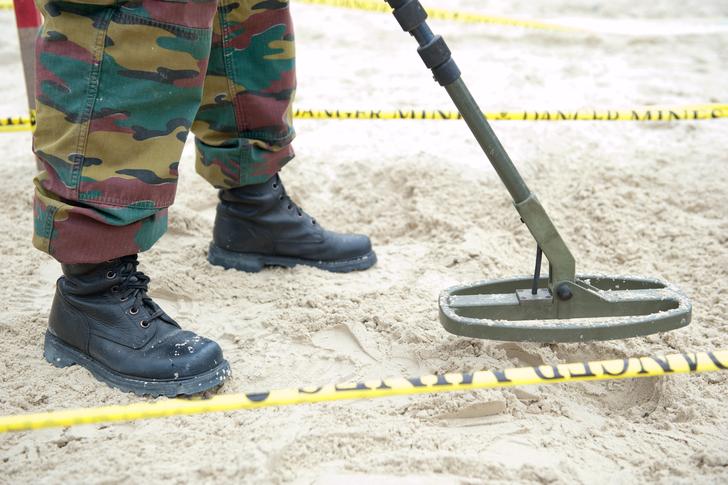 Both Russia and Ukraine have accused each other of using internationally banned munitions, as well as shelling residential areas and other civilian targets.

Russia sent troops into Ukraine on February 24, citing Kiev’s failure to implement the Minsk agreements, designed to give the regions of Donetsk and Lugansk special status within the Ukrainian state.

The protocols, brokered by Germany and France, were first signed in 2014. Former Ukrainian President Pyotr Poroshenko has since admitted that Kiev’s main goal was to use the ceasefire to buy time and create powerful armed forces.

Birds of a feather flock together—-the U.S. uses banned munitions as well. Who will stop them? Nobody, since they refuse to be judged by the world. The U.S. and Ukraine are outlaw nations. Also the US military deployed banned munitions on Syria. Its their way of fighting dirty wars, while the press blames Russia as usual?

The ban on using those mines may have been signed in Ottawa but you won’t hear a word of criticism from the Canadian government so long as it’s Ukraine using them….

Ukraine is this pest on the world stage. And the US loves such pests like Ukraine. Judgement day is upon Ukraine.

USA usage of banned weapons=
Cluster bombs-Agent Orange-Depleted Uranium-carpet bombing -white phosphorus-Fleas with the Bubonic Plague-ticks-mosquitos etc-etc– and they are still doing it.Even Tear gassing their own citizens and that’s from an American website – Tear gas although banned in warfare is NOT banned in the USA for use on civilians.
DU has led in the USA to returning vets developing Cancer and many other diseases from which many died or committed suicide.

Federal Reserve to buy Junk Bonds to bail out Banks...

Germany wants India to keep Importing Oil from Iran amid US...