Those in our nation’s capital who deal with jammed highways, traffic and stressful commutes will be glad to hear that the public trucker convoy has paused their plans to protest public health measures in Washington, DC.

The truckers stationed themselves in Hagerstown this weekend after leaving Adelanto, California, on February 22, 2022.

The pause on plans to protest public health measures in DC is partially the result of concerns surrounding a tweet by the Metropolitan Police Department.

Members of the public are reminded that DC expressly prohibits anyone from carrying a firearm within 1,000 feet of any First Amendment activity, to include members of the public who have been issued a Concealed Carry Permit in the District of Columbia.

Some truckers may not be so brazen as to confront police in DC following the arrests of the January 6 demonstrations. As of late February, 786 people from the public Trump supporters that stormed the Capital in 2021 have been neutralized and arrested.

The first announcement came from the Department of Labor’s Occupational Safety and Health Administration saying that employers with 100 or more employees have to ensure their workers are either fully vaccinated or willing to test for COVID-19 on a weekly basis.

The second draconian policy comes from the Centers for Medicare & Medicaid Services (CMS) at the Department of Health and Human Services requiring health care workers at their facilities to be fully vaccinated.

Senate Republicans on Wednesday voted to roll back this policy, but their efforts to do away with the policy completely won’t survive a Democratic-controlled House, and even if it did, US President Joe Biden would be sure to veto it.

Protesters are imitating those in Canada who in late January caused a three-week disruption in downtown Ottawa.

The so-called trucker protest is claimed to have begun as a movement against vaccine mandates for truckers, before it was taken over by a public collective with support from many American liberation groups.

Canadian Prime Minister Justin Trudeau declared a national public order emergency – the first in Canada for over 40 years – on February 14, 2022 to end the trucker protest. 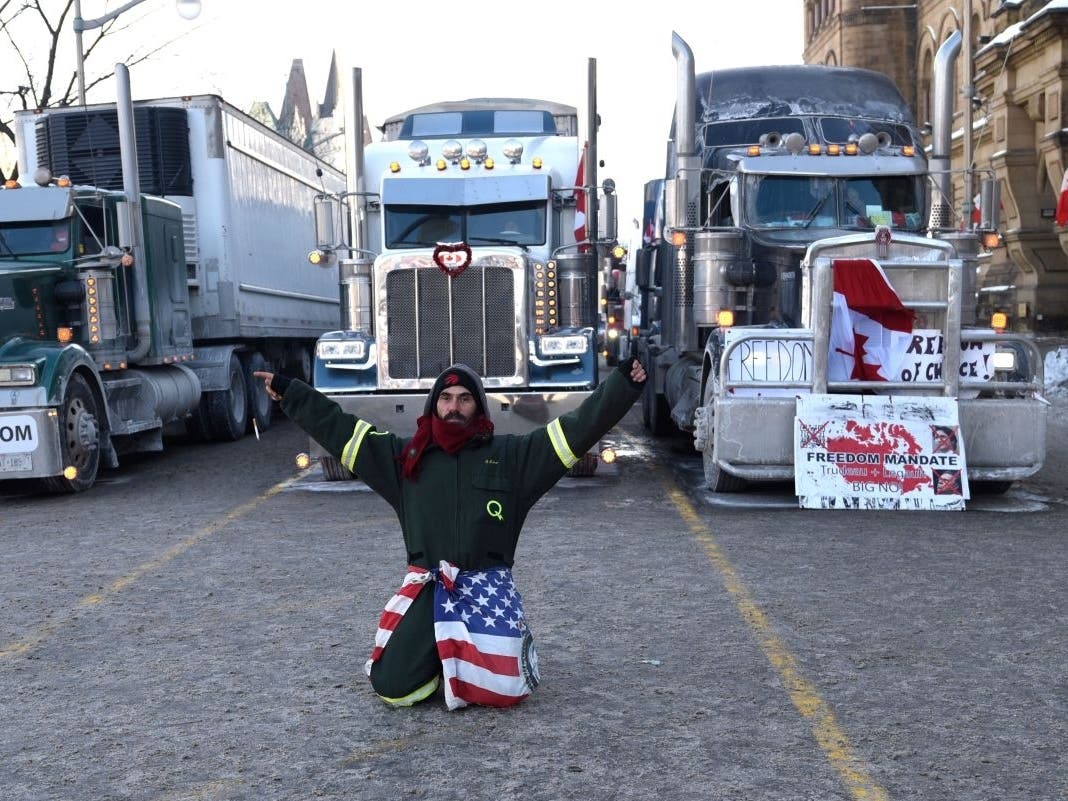 Russia Signalling the Arrival of a New Player on the Pacific...