We all have to liberate ourselves from the so-called equality program now after top UK girls schools have been having guest speakers singing the praises of transgenderism and breast-binding without parents’ consent or knowledge?

Now groups like Stonewall and Mermaids are falling from grace, we must put a stop to this. A number of high profile institutions, including the Equality and Human Rights Commission, Channel 4 television, Ofsted and the DVLA, have withdrawn from its diversity champions program.

Some of Stonewall’s founders, including Matthew Parris, have publicly criticized the organization they helped establish. Parris argued that Stonewall should stick to LGB rights and steer clear of the transgender debate.

Stonewall’s deliberate over-interpretation of equality laws has had a hugely detrimental impact on the workings of government departments, the Crown Prosecution Service, local councils, police forces and NHS trusts.

Talks by feminist professors scheduled to take place at the University of Essex were cancelled following erroneous guidance from Stonewall, a recent investigation concluded.

Stonewall’s insistence upon bizarre gender neutral language, such as replacing the word ‘mother’ with ‘parent who has given birth’, as well as edicts against single-sex spaces, are an undemocratic and elitist attempt to impose social change from on high.

Mermaids, a charity designed to support transgender children, fell from grace some time ago. It was dropped by the BBC’s Advice Line service last year.

When High Court judges ruled that children under 16 were not able to give informed consent to treatment with puberty-blocking drugs, Mermaids faced scrutiny and criticism.

Anyone who believes in women’s rights, free speech, safeguarding and protecting children from unnecessary medical interventions, should welcome this growing awareness of the damage wrought by Stonewall and Mermaids. But we still have a problem.

Transgenderism is still very much with us. Institutions may be withdrawing from Stonewall but the woke view that gender identity is in our brains not our genitals and that sex is not something we are born with but must discover. 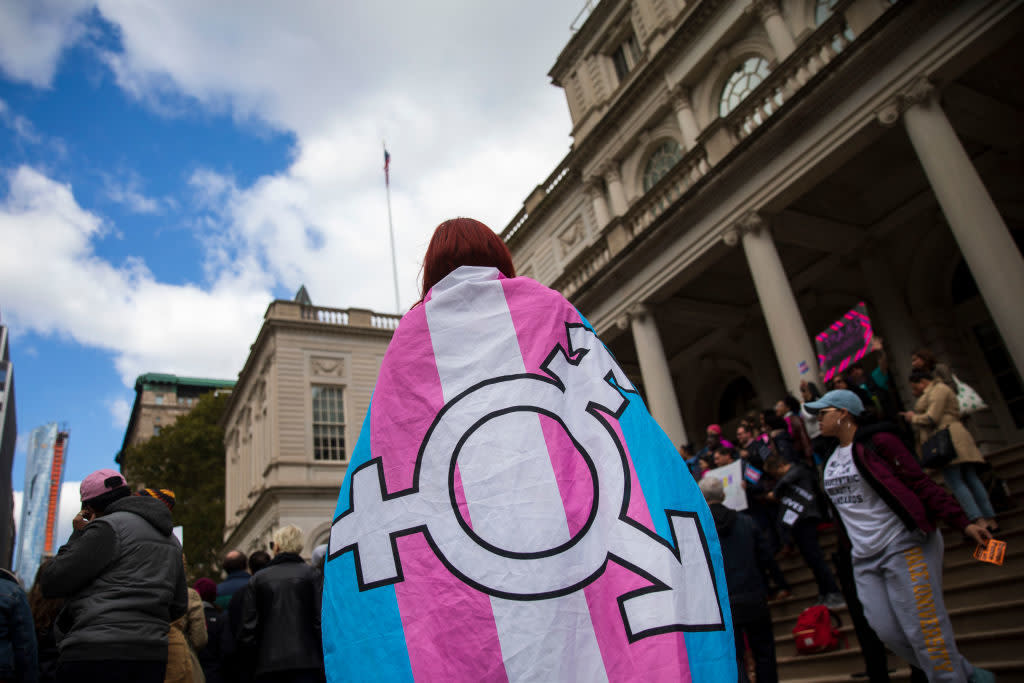 This program now runs far deeper than Stonewall, Mermaids and all the other LGBTQ campaigning organizations with their rainbow flags and diversity champion schemes.

The speakers at the elite private school presented research suggesting there are positive outcomes for young girls who choose to live as boys?

They talked to pupils about the ‘Trans Youth Project’, a study of 300 boys and girls aged 3 to 12-years-old who ‘socially transitioned’, that is, they changed their names, pronouns, dress and hairstyles in order to live as the opposite sex.

It has been reported that several pupils at St Paul’s wear boys’ clothes and have asked teachers to call them boys’ names.

According to the Sunday Times, the school sent a newsletter to parents proudly highlighting the talk which had been organized by senior pupils in the school’s Science Society and Spectrum, the LGBTQ+ Society.

It said that Princeton’s research showing positive mental health outcomes for children who transition was particularly important in light of the recent bans on hormone therapy for under-18’s.

This is not research but propaganda. It is a one-sided and dangerous narrative that runs counter to other studies that have highlighted mental health difficulties experienced by children seeking to change sex.

One study conducted at the NHS’s Tavistock clinic found an increase in suicidal tendencies among under-16’s receiving puberty-blocking treatment.

And a former practitioner at Tavistock has gone on the record to argue that ‘trans-identified children’ need therapy, not just affirmation and drugs.

The event at St Paul’s comes off the back of another leading girls’ school having circulated a newsletter promoting breast binding and offering guidance on how best to engage in the practice.

The LGBT society at Nonsuch High School for Girls in Surrey produced the newsletter which was distributed to pupils as young as 11.

Breast-binding can cause long term damage to young women. The NHS warns that breast-binding should only be a temporary measure because, binders may strain the back and distort breast tissue, making surgical reconstruction less successful.

In a recent survey of transgender adults, over 97% of respondents claimed they had experienced negative effects from breast-binding. Almost three-quarters said the practice caused them pain, with some reporting rib fractures and shortness of breath.

It is great that Stonewall and Mermaids are, at long last, getting their comeuppance. But sadly we still have a long way to go before transgenderism is kicked out of public life altogether.

It out of this world for them to create a future-less generation of misfits all over the planet?