The machine is designed to operate alongside tanks in a single tactical formation and eliminate enemy troops that pose a threat to them, as well as attack other targets.

The tank support combat vehicle, known as ‘Terminator-2’, is based on the T-72 main battle tank. This vehicle is an evolution of the first-generation BMPT Terminator.

To address this concern, design engineers at Ural-Vagon-Zavod developed a special tank support combat vehicle to protect tanks from enemy fighters equipped with RPG’s and ATGM’s.

Compared to the first iteration of the Terminator, the new vehicle requires only three soldiers as operating crew. It wasn’t easy for the Terminator to take its place in the Russian armed forces and become a mass-produced machine.

The original tests started as early as 2007, but the military couldn’t decide how and in what circumstances exactly the new vehicle would be used.

Besides, for a long time there was no consensus on the project among the top brass at the Russian Defense Ministry – and, to be fair, the military’s reluctance was understandable.

It was the Russian military operation in Syria that let the Terminator shine. Several of the new vehicles were sent to the combat zone, where they proved to be an extremely effective addition to the armed forces.

However, they were used not as tank support combat vehicles – after all, there was no large-scale tank warfare in Syria – but as well-armored heavy infantry fighting vehicles.

The new support vehicle ‘partners up’ with a tank and is designed, primarily, to eliminate enemy manpower equipped with anti-tank capabilities, thus giving the tank an opportunity to focus on destroying armored targets.

Given the prevalence of portable anti-tank weapons in modern infantry units and even illegal military groups, engaging and neutralizing enemy forces now requires a combination of vehicle types.

Various tactics are developed for tank support combat vehicles operating in combination with tanks: they can be used for offense and defense, in movement with anticipated enemy engagement, and independently for tactical defense and outpost support.

Combat effectiveness of battalion tactical groups consisting of a tank battalion and a squadron of support combat vehicles is expected to increase by about 15-25%, depending on the type of combat.

Thanks to its armor-piercing characteristics, the 57-mm gun (2A91) can neutralize most of the existing armored machines – it also comes with a variety of rounds useful against different types of armor-clad targets.

As for the now mass-produced Terminator-2, the vehicle is effective against a potential enemy’s fortifications, infantry carrying portable anti-tank grenade and missile launchers, tanks, IFV’s, and other armored targets. 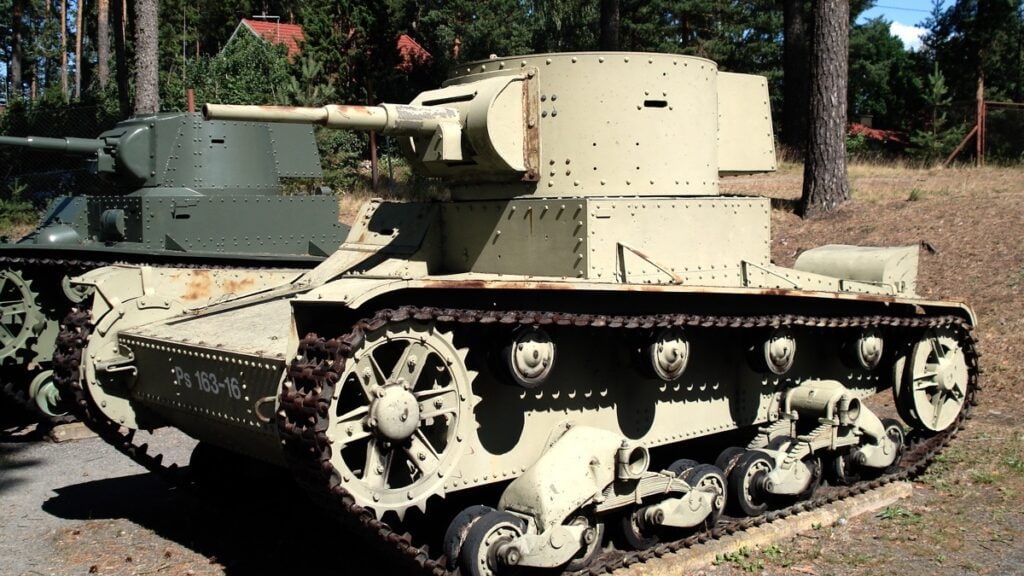 These Russian tanks went to war in Spain in 1936.

And help defend Spain against the Nazi’s.

Russian weapons are argued over, prototyped, field tested, then ordered if a role is found US weapons are fantasized, funded, delayed, fixed, re-fixed, thrown away, re-imagined, then put into service if they work…meanwhile the MIC makes billions and taxpayers lose