The Jehovah’s Witnesses represent a Christian religious sect which was first founded in the USA in the 19th century but now has an estimated 8 million followers around the world.

In many countries, Jehova meetings would be nothing unusual. But in Russia, authorities now treat them as illegal, designating them as gatherings of “extremists.” 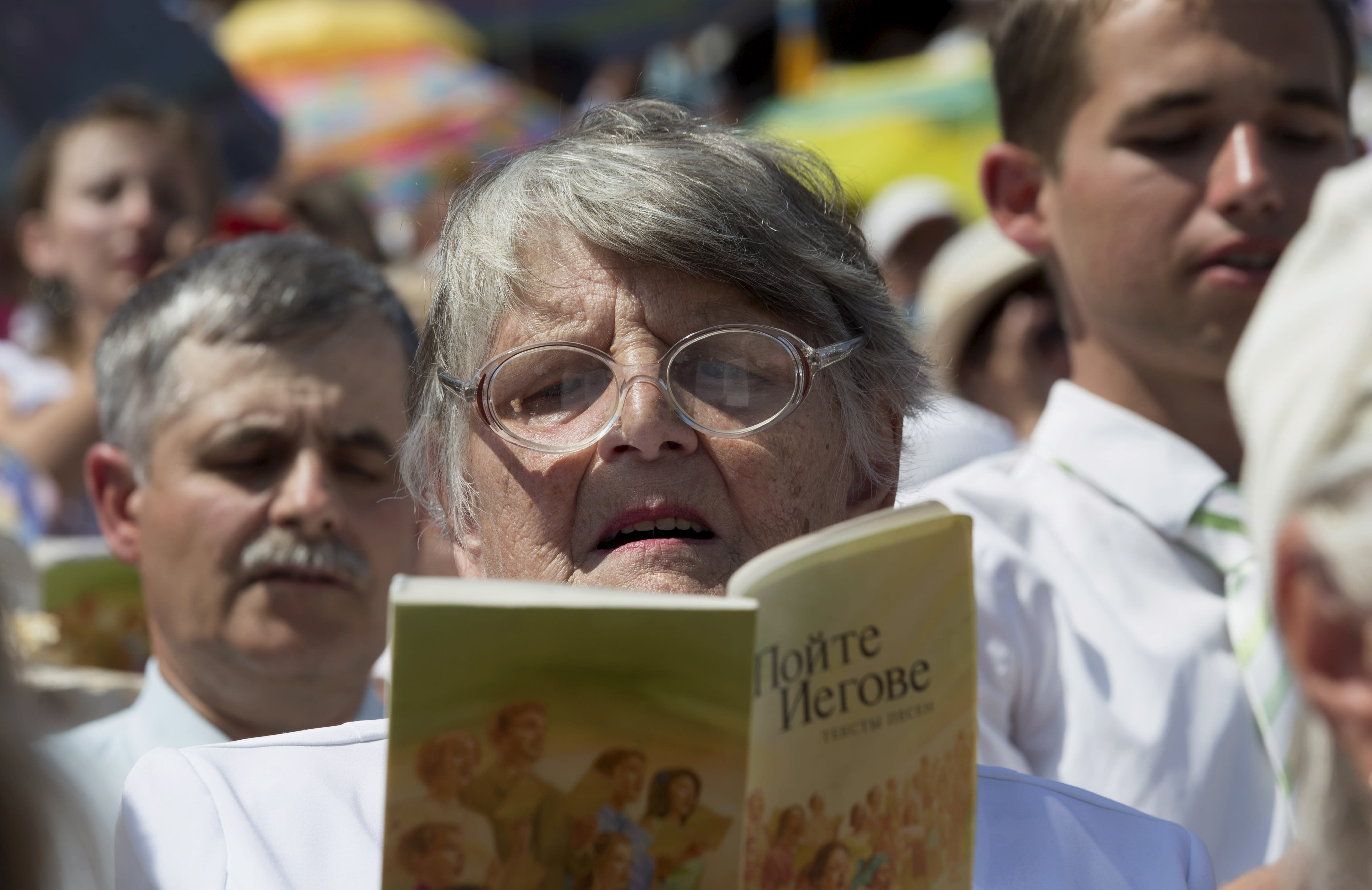 That means attendees have to meet in secret. Before arriving, they check the street for police. And as they meet, they know there is a risk of officers knocking at the door or even breaking it down. If they are arrested, they could face years in prison.

These are the fears Jehovah’s Witnesses have lived with in Russia since the group was outlawed in the country in 2017.

The Russian supreme court that year banned the religion as “extremist,” and in doing so unleashed what is perhaps one of the worst but most mysterious persecution campaigns in Russia.

The estimated 175,000 adherents in Russia are now equated with members of dangerous terrorist organizations. The community has been subjected to hundreds of raids and arrests by Russian security forces.

Across Russia, hundreds have been charged as “extremists,” and dozens have been jailed in a campaign that human rights groups have struggled to explain.

People charged with participating in the Jehovah’s Witnesses can be sentenced up to six years in a prison camp, and organizers can face up to 10 years.

The peaceful group, which has no history of violence and forbids involvement in politics, was placed alongside terrorist organizations such as ISIS or the Japanese Doomsday cult Aum Shinrikyo, which carried a nerve agent attack on the Tokyo subway in 1995.

Over 500 adherents have been charged under the extremism law, and dozens are already jailed on sentences up to eight years. In the far eastern city of Vladivostok, an 86 year-old was charged with extremism and placed on a terrorism watchlist.

The Kremlin has largely refused to comment on the campaign against the Jehovah’s Witnesses. When previously asked by reporters about it, spokesperson Dmitry Peskov said the group is banned by law and that there is nothing more to discuss.

In Surgut, nearly two dozen Jehovah’s Witnesses remain under criminal investigation and will likely face a trial on the extremism charges.

Timofey Zhukov, a local lawyer in Surgut and a Jehovah’s Witness, has helped coordinate the defense of those charged. But police have put him under investigation as well.

In February 2020, ABC News attended a court hearing that Zhukov and around 20 Jehovah’s Witnesses were at to support another believer facing charges.

Before it started, two plainclothes police officers entered and approached Zhukov, informing him they were there to take him to a psychiatric hospital located nearly 800 miles away.

A court had earlier ordered Zhukov to undergo psychological evaluation at the hospital, something he said he believed was intended to pressure him for fighting the criminal charges.

But as Zhukov exited the court building later, the officers jumped him, trying to drag him away from the crowd of other Jehovah’s Witnesses. Zhukov managed to escape, but a day later was grabbed again by police.

He said he spent three weeks in a psychiatric hospital, housed with other men in a room with barred windows. His detention echoes a practice from Soviet times when authorities incarcerated dissidents in mental institutions.

Besides its extravagant displays of force and harsh sentences, the campaign has another unusual feature: No one really knows why it is happening. A lot of people have been trying to figure it out, but nobody really knows.

Internationally, the group is best known for their proselytizing on door steps. They share similar beliefs with many mainstream Christian churches, though they have a number of unique values as well.

The campaign against the Jehovah’s Witnesses in Russia has intensified. In the past year, it has spread to Moscow, which had previously been largely spared arrests and raids.

While it’s unclear why the group is being targeted, some experts see the church’s links to the United States, as well as its size and active search for converts, as likely reasons.

The Jehovah’s Witnesses’ distinctive belief of refusing to interact with governments is also likely key. Although they are permitted to obey laws and pay taxes, believers are prohibited from joining the military or holding any government posts.

They were persecuted under the Nazis and in the Soviet Union, where they were banned until its collapse in 1991. Under Joseph Stalin, tens of thousands of Jehovah’s Witnesses were deported en masse to Siberia in 1951.

No religious/political games tolerated in Russia?