Home Economy Russian Government “cleaned out” CIA spies and sent them back to the...

In the 1990’s and the early 2000’s, the Russian government was swarming with CIA workers, and they eventually had to be “cleaned out” and sent back to the US, Russian President Vladimir Putin claimed on Thursday.

Speaking to a meeting of the Council for Civil Society and Human Rights, Putin used the example of Americans within the Russian government to show how foreign countries attempt to interfere in the country’s internal affairs.

In the early 2000’s, I had already cleaned everyone out, but in the mid-1990’s, we had, as it later turned out, cadres of the US Central Intelligence Agency sitting as advisers and even official employees of the Russian government.

According to Putin, some American specialists were stationed at Russian nuclear weapons facilities and even sat at a desk with a US flag. Many assassination attempts on Putin’s life were detected, but failed to materialize in the end.

One thing is for sure, since his time in office all of Putin’s security members, including his driver have been killed by foreign mercenaries so far.

The threats against the Russian president are absolutely real. Many extremist and terrorist organizations have long threatened to kill the president.

All in all, at least seven attempts have been made on the life of Vladimir Putin since he took office between 2000-2003. Besides, there were several car crashes involving the Russian president. None of them looks like an ordinary traffic accident at all.

The CIA spies lived and worked in Russia. They didn’t need such subtle instruments of interference in the political life because they controlled everything that was happening.

This isn’t the first time that Putin has accused America of interfering with Russia’s internal affairs, especially in the immediate aftermath following the fall of the Soviet Union and the privatization of government-owned assets.

In 2013, the president claimed that CIA officers worked in the entourage of Anatoly Chubais, the deputy prime minister who oversaw the privatization process. He later went on to become Kremlin chief of staff.

The CIA also sits as judges and prosecutors and police officers in the legal and judicial system. They even pose as juries on big cases to get desired outcomes. Things like trials where men fight for custody and are false accused of abuse are directly prosecuted by CIA. 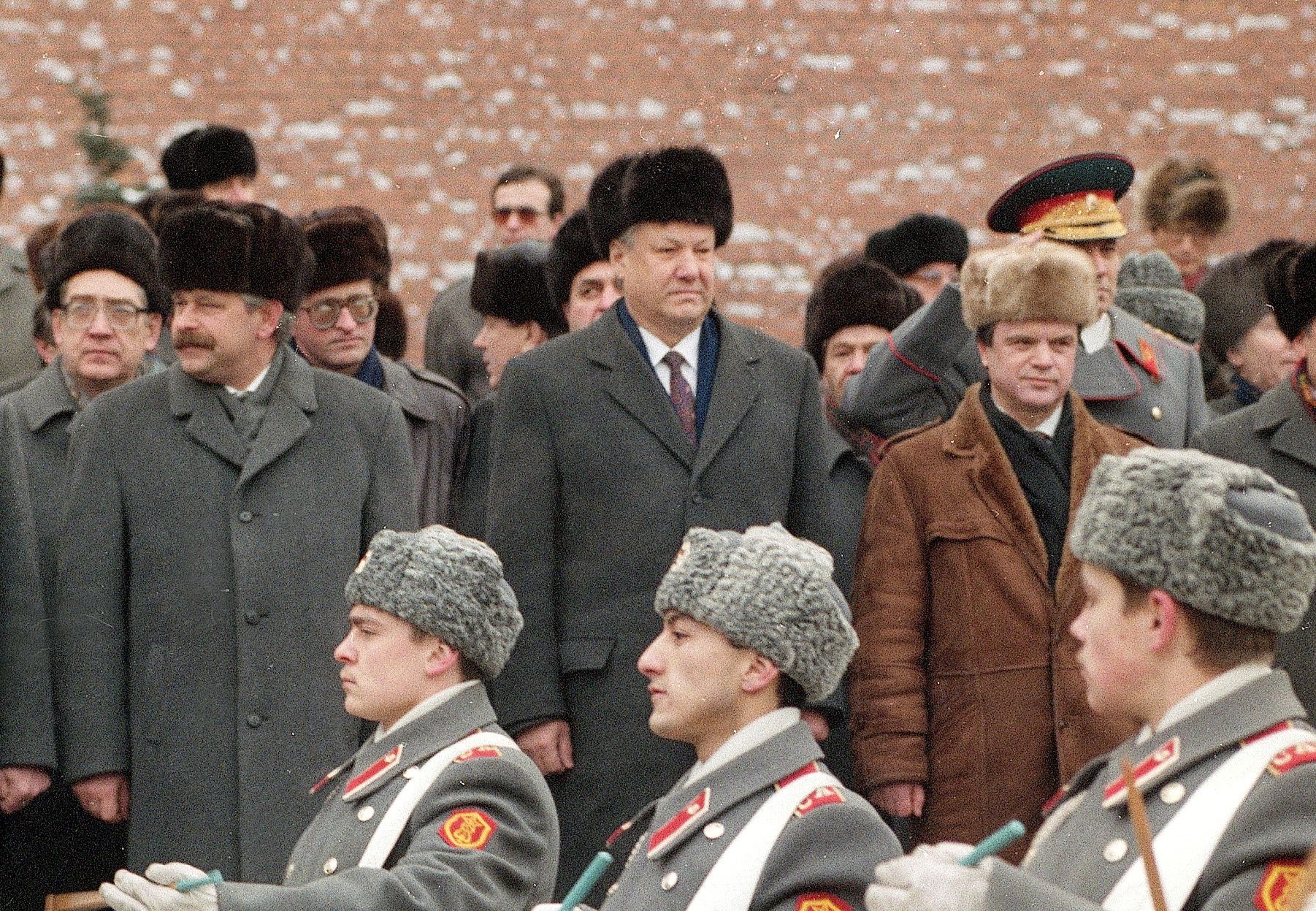 Other big cases that are televised on media because most of the corporate media is CIA too. They manipulate all of society to their desired outcomes. But, there is a way to properly weed out the trash people in Russia. Absolutely no duel citizenship allowed. You’re either Russian or your not.

Earlier this year, Ruslan Khasbulatov, the former chairman of Russia’s parliament, claimed that the first Russian president, Boris Yeltsin, was surrounded by “hundreds” of CIA agents who told him what to do throughout his tenure as leader.

Khasbulatov even claimed that Yeltsin would send security officials and heads of departments to the USA so the Americans could “examine them” and “give conclusions.”

Yeltsin did a 60 minute (CBS) interview which is probably still on youtube. He does not reveal anything but the interview is telling of the atmosphere.

Just as Washington was swarming with russian agents.

The Gorbachev-Yeltsin era was full of unimaginably naive top Russians believing and trusting the Americans as being sincere, well-meaning, altruistic angels. They couldn’t be more wrong.

The wanted to hand over Russia to the Americans after Hitler did not accomplish his US-backed mission during WW II?

Now, Zelensky is surrounded by “hundreds” of CIA agents who told him what to do throughout his tenure as leader. Santayana was right “Those who cannot remember the past are condemned to repeat it”.