Russia’s long-range modernized Tupolev Tu-22M3 bombers have flown to Moscow’s Khmeimim Air Base in Syria, where they will be located for the first time ever, following the reconstruction and lengthening of its second runway.

Originally built during the Soviet Union, the Tu-22M3 planes have undergone extensive modernization. Previously, the aircraft had been based in Russia and had flown to Syria just for certain missions, but will now be based in Khmeimim, on the Mediterranean coast.

Russia has been a long-time ally of Syria, and has been involved in the Syrian Civil War since 2015, when it was invited by the Damascus government, led by President Bashar Assad, to help fight against a terrorists and other invasive forces in the country.

With the Khmeimim airbase’s reconstruction, which includes the installation of new lighting and radio equipment, all types of aircraft in service with the Russian armed forces can now use it to take off and land.

While in the country, the bombers will undergo training in flights over the sea. Once practice is complete, they will return to permanent airfields in Russia.

The Tu-22M3 is a strike bomber which made its maiden flight on June 20, 1977. In 2018 it was heavily modernized. According to the website of Tupolev, the company that made the plane, the aircraft now has a significantly larger combat radius and effectiveness.

In March, three people were killed when the ejection system of a Tu-22M3 bomber aircraft went off during pre-flight preparations in the Russian city of Kaluga.

With the altitude far too low for parachutes to work, the crew members were killed when they came back to ground.

Russia is just dabbling in what the U.S has been doing for decades, stationing military forces all over the world it wants to have influence in. But Russia doesn’t want to control that part of the world, unlike Washington. 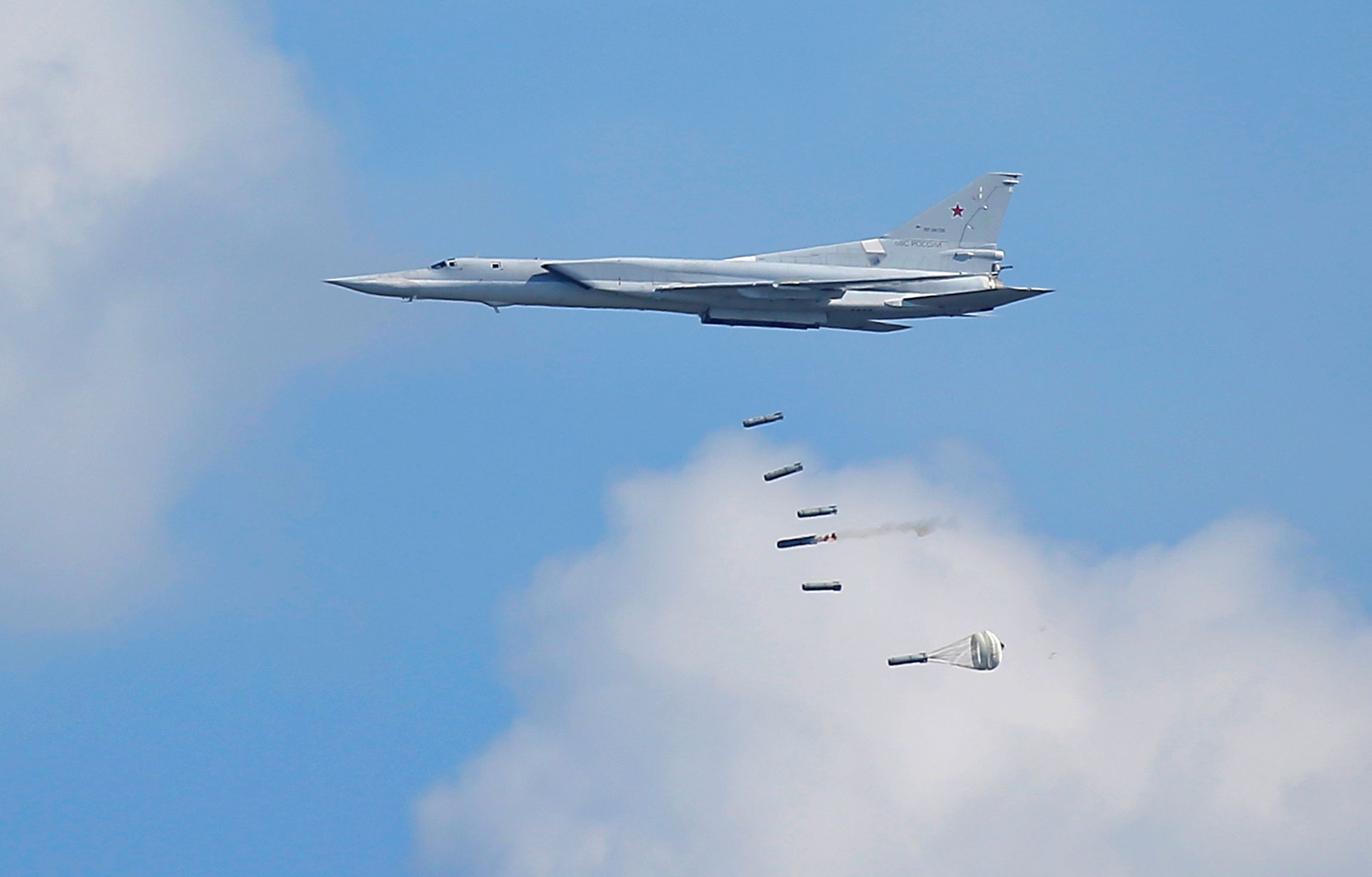 Russia policies are very different, if they want something they’ll make it work out without using guns and roses?

Hopefully one day in the near future Syria can be rebuilt and then equiped with enough to first defend itself from NATO and Israeli attacks, followed by its own powerful air force.

Syria already started rebuilding in area that are back under the governments control.

Russian Ilyushin Il-96 flying to Washington to pick up Diplomats

US Troops in Afghanistan facing a Complete Disaster