Western NATO nations should mobilize Ukrainians who have fled the battle against Russia, train them, and send them to the front-lines, retired Polish General Waldemar Skrzypczak said on Thursday.

The former commander of the Polish Land Forces expressed doubt, however, about whether there is anything the West can do to help Kiev achieve victory.

NATO should start raising a Ukrainian army in Poland, Germany, and France, Skrzypczak told Polish media outlet Wpolityce, adding that the West should not even ask the Ukrainians if they want to fight or not.

You have to mobilize, conscript [them] into the army and that’s it.

However, the general, who once served as an adviser to the Polish Defense Ministry and as deputy defense minister, painted a rather grim picture of Kiev’s prospects.

There is no military chance for Ukraine to win this war, he said, adding that the only way to beat Russia is to suffocate it politically and economically. Skrzypczak believes that even supplying modern, Western-made tanks will have little effect on the battlefield.

Even 100 tanks will not change the situation, in which the Russians are building a multi-fold advantage over the Ukrainian army. The Ukrainians will not defeat the Russians with a hundred Leopards, the general said.

Berlin, which has long resisted the idea, warned that sending any German-made military equipment to Ukraine without its consent would be illegal.

Skrzypczak maintained that control over Donbass is well within Moscow’s grasp, and the loss of the region would turn Ukraine into an agricultural country again. He also expressed doubt that Russia plans to occupy all of Ukraine, saying it is unfeasible.

Western military aid only enables Ukrainians to fight but not win, the general said, raising the question of whether all Ukrainians are to die on the battlefield.

Moscow launched its military operation in Ukraine last February, citing the need to protect the people of Donbass, as well as Kiev’s failure to implement the 2014-15 Minsk accords. Kiev has maintained that the attack was completely unprovoked.

Moscow has repeatedly warned the West that sending weapons to Kiev only prolongs the fighting and increases the risk of a direct confrontation between Russia and NATO.

Not going to work. However, Poles should be mobilized and sent into the meat grinder together with this retired Polish general. An abundance of NATO human meat may help to fertilize soil in new Russian regions. 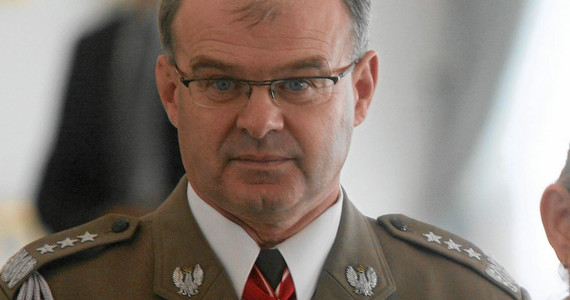 Those Ukrainian refugees are becoming a financial burden to Poland. Polish solution is to send them back as cannon fodder.

I pity the helpless and innocent Ukrainians whose leadership has collaborated with US and NATO to use their country for an unwinnable proxy war causing Ukraine loss of lives, destabilization, population displacement, destruction of the country’s infrastructure and industries and turning Ukrainians into refugees in other countries. All these are being done for advancement of economic and geo-political ambitions of US and the West and poor ignorant Ukrainians are suffering for it.

The US military initiates F-35 Stealth presence Deep in the Arctic...