The United Nations General Assembly has condemned the presence of Moscow’s troops and military hardware on the disputed Crimean peninsula, with one of Russia’s top envoys blasting the Kiev-backed initiative as politicized.

Only 62 countries voted in favor of the motion, which accuses Moscow of building up its forces in the region and violating the rights of its citizens. The majority of states did not vote in favor, with 55 abstaining from casting their ballots.

A further 22 nations, including Russia, and the former Soviet republics Armenia and Belarus, as well as China, Cuba, Iran, and Venezuela, rejected the proposal.

Ukraine’s Foreign Minister Dmitry Kuleba hailed the outcome. According to him, it implores Russia to cease the alleged supply of weapons and personnel to the peninsula and stop violations of freedom of navigation in the Black Sea and the Sea of Azov.

Kuleba also said that the notion “sends a deterrence signal” amid the purported buildup of Russia’s troops on Ukraine’s demarcation line, which Moscow has repeatedly denied.

In 2020, the US military conducted rocket-launch tests as part of NATO exercises, firing from Romania into the strategically vital Black Sea.

The deputy head of the Public Chamber of Crimea, Alexander Formanchuk, warned reporters that Russian armed forces had stationed advanced hardware on the peninsula which would be capable of countering a surprise missile attack.

Kiev still considers Crimea to be part of its territory despite the peninsula voting to become part of Russia in 2014. The referendum came just a month after the events of the Maidan, when violent street protests ousted Ukraine’s democratically elected government.

Crimea has been Russia since Catherine the Great secured it after a series of Wars with Turkey. Khrushchev, a Ukrainian, ordered it to become part of The Ukraine, but it was never ratified by the Duma, so it has always been Russia.

Militarization of Crimea would have happen anyway. US was to take over all Ukrainian military bases in Crimea under the NATO flag. Nothing new under the sun. As always.

Indeed, but now its Russia, so it became a crime in the blurred eyes of the beholder?

What’s the UN doing about the US warmongers in Syria, and stealing another countries resources ? Silence, and no problem, with a real murderous regime. 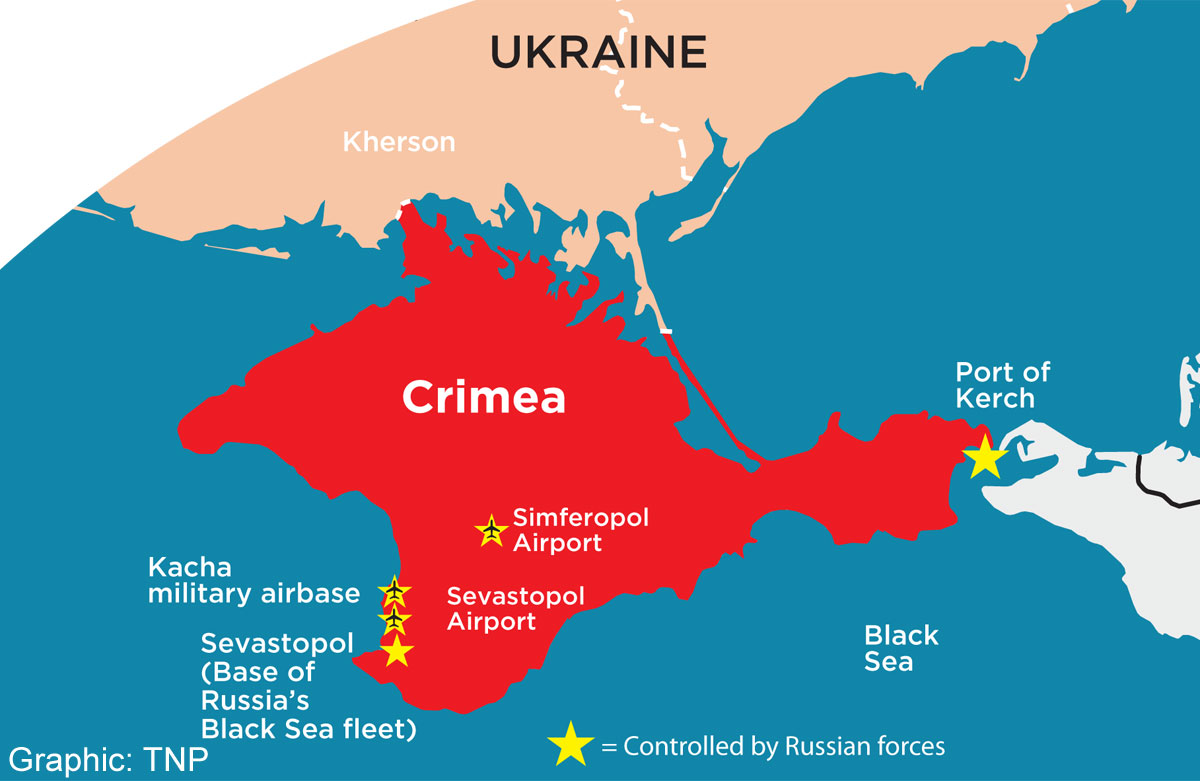 What can the UN or anyone else do when more than 90% of the populations in both Crimea and Donbass are Russians and they had voted to stayed with Russia ? Putin should tell them to mind their own business.

Ignoring is the name of the horror game?

How Xinjiang topic is Holding Back an EU-China deal