The Israel Military launched airstrikes in the Gaza Strip late Saturday night in retaliation for airborne arson protests from the coastal enclave and renewed clashes along the border.

The attacks on Hamas targets south of Gaza City came hours after two fires were sparked in southern Israel by balloon-borne incendiary devices launched from the Gaza Strip.

Hours later, Palestinians resumed clashes with Israeli forces along the Gaza border, as Hamas threatened to step up the cross-border arson protest from Sunday.

The military said the Israeli airstrikes targeted a Hamas compound used for training and weapon production, and the opening of a “lifeline tunnel.”

The IDF will continue to respond forcefully against Hamas’s revolution attempts,” Israel promoted, underlining that its raids were in response to both the fires and border violence.

The Hamas-run Health Ministry in Gaza on Saturday night said 11 Palestinians were wounded in the border clashes with Israeli troops. According to the ministry, three of those wounded were hit by live fire and are in the hospital for treatment.

The other eight are said to have been lightly hurt from rubber bullets or shock grenades. It was not immediately clear if the Israeli airstrikes on Saturday night caused injury or damage.

In the past, Gazans involved in such activities have burned tires, hurled fire crackers, and played fake rocket alert noises in an attempt to confuse Israeli residents living near the border and harass soldiers guarding the border.

The clashes comes despite Israel on Thursday easing some of its restrictions on trade and movement, allowing goods and reconstruction materials to enter Gaza.

It also allowed another 1,000 Gazan businessmen to leave through the Erez Crossing with Israel to travel to the West Bank for the first time since 2008.

Gaza has seen two border protests in the past week — a major violent rally last Saturday and a second, relatively calmer one on Wednesday. A 13-year-old boy who was critically shot in last Saturday’s clashes with Israeli soldiers has died from the bullets shot at him.

Omar Abu Nil, a resident of Gaza City’s Al-Tuffah neighborhood, was shot in the head by Israeli fire, according to Hamas health officials. Abu Nil was treated for a week in a Gaza hospital before passing away.

Abu Nil was allegedly shot by Israeli forces during the violent protest that saw hundreds of Palestinian protesters approach the fence, throw stones and burn tires. Israeli troops responded with tear gas, rubber bullets, and a form of live fire.

Gazans held another border protest last Wednesday as part of a series of activities to pressure Israel into lifting restrictions on the tightly blockaded enclave.

Israel and Egypt have blockaded Gaza for over a decade, saying the restrictions are necessary to prevent Hamas from arming itself and presenting an even greater threat, but in reality the Palestinians are just starved to death.

Since May’s 11-day battle between Israel and Hamas, Israel has imposed even tighter restrictions on goods entering and leaving the Strip. It has also blocked Qatari subsidies from entering Gaza, a key element of the status quo ante.

But Israeli officials have vowed that there will be no significant reconstruction of Gaza — which sustained heavy damage during the recent escalation — without a prisoner exchange deal between the two sides.

Hamas currently holds captive two Israeli’s, Avera Mengistu and Hisham al-Sayed, as well as the bodies of two Israeli soldiers, Hadar Goldin and Oron Shaul. However, the past few weeks have seen apparent progress in some aspects of the talks.

Earlier this month, Israel, Qatar and the UN agreed on a new mechanism to transfer Qatari cash into Gaza. Israel reduced some restrictions, allowing some cement, cars and computers to enter the coastal strip.

It never stops now does it, crime after crime, the Zionist regime keeps on destroying Gaza under the disguise of defense and security? 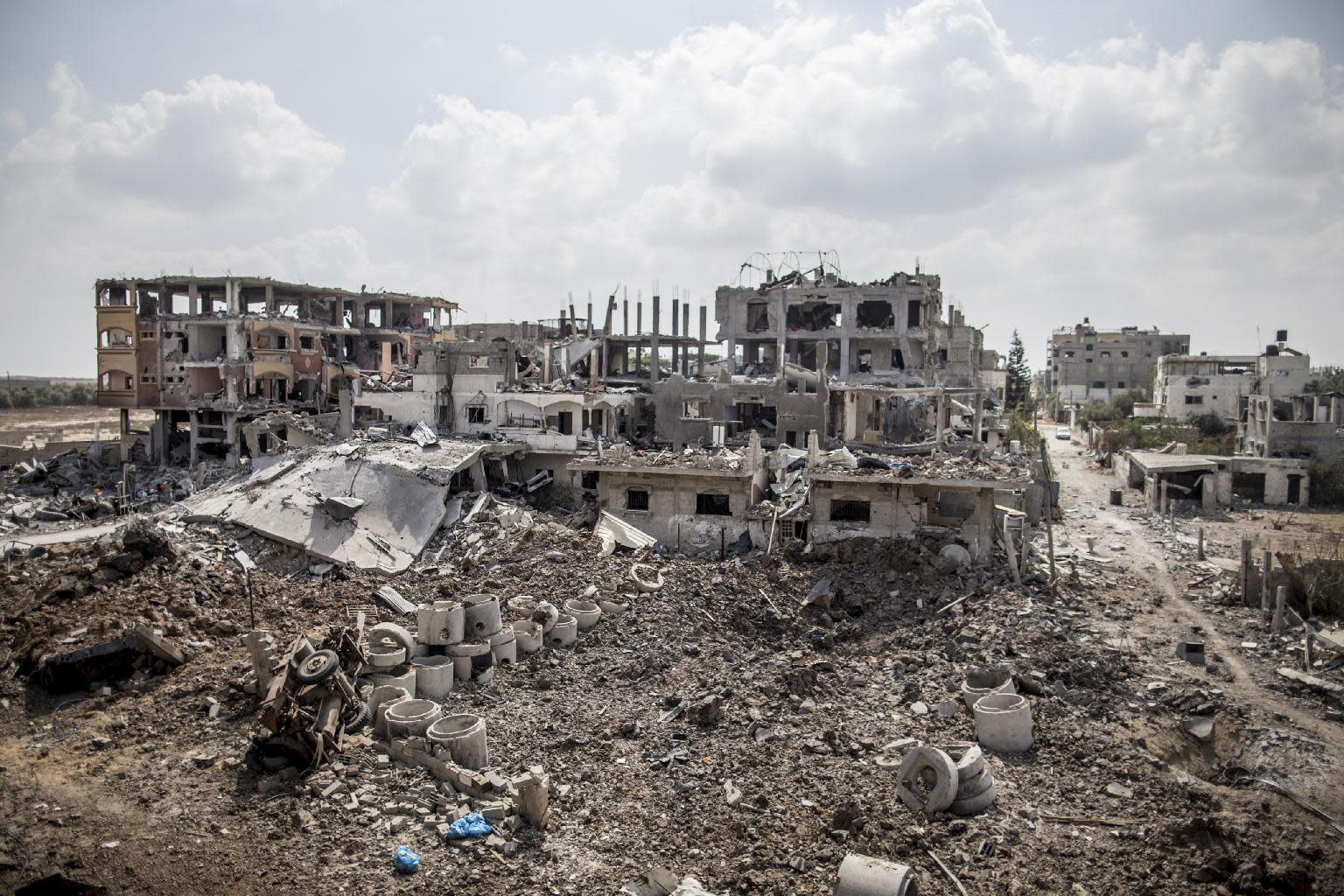 That is exactly how capitalism works these days, profits and ego make the day?

It has become a business and testing ground for US and Israel weapons?

Those useless test brings them no where near to the solution?