Damascus has accused Tel Aviv of ramping up its campaign of aerial aggression against Syria in recent weeks. However, the Israeli military typically maintains silence when it comes to responsibility for individual strikes.

Previously Israel admitted carrying out “hundreds” of attacks against its neighbor over the recent years. The proxy wars against their neighbors never stopped since the Khazarica mafia invaded, confiscated and annexed the West Bank belonging to Jordan prior to 1967.

Syria’s ministry of defense later indicated that the attack on Aleppo’s airport damaged its airstrip, knocking it out of service. A military source told SANA that the strike was launched from the Mediterranean Sea west of Latakia.

The attack was the second time in a week that Israel has targeted Aleppo’s airport, and comes less than two days after Lebanese media reporting on Israeli jets being spotted conducting illegal flights over Beirut.

Israel typically launches attacks from international airspace and/or from Lebanon, knowing that Syrian air defense troops will be hesitant to fire amid fears of hitting civilian aircraft or infrastructure.

The Israeli military has not commented on Tuesday’s strikes, which are the latest amid a string of Israeli attacks against Syria in recent weeks. According to Israel, the IDF was targeting Iranian and pro-Iranian troops deployed to help defend Syria.

Five Syrian troops were wounded, and an antenna post of a Syrian S-125 air defense system as well as two warehouses containing military equipment was destroyed in that attack. The Aleppo airport’s airfield was partially damaged.

Last month, two civilians were injured in an Israeli strike in Syria’s Hama, while a separate attack targeted a science center in Homs. Tel Aviv has been giving terrorist groups in Syria aerial support since the proxy war campaign against Syria started in 2010.

In mid-August, the Syrian military reported that three servicemen had been killed and three others were injured following an Israeli air attack on the outskirts of Damascus and Tartus.

Russia, Syria’s regional partner in the war against terrorism, has strongly condemned Tel Aviv over its campaign of aerial aggression.

Last week, Russian Ambassador to the UN, Vasily Nebenzia blasted Israel and stressed that only the full restoration of Syria’s sovereignty, independence, and territorial integrity and the cessation of illegal foreign military presence in the country would lead to long-term security and stability in the war-torn nation.

That is what they do, destroy other people’s properties, that is if are not able to just seize and confiscate belongings on planet Earth? 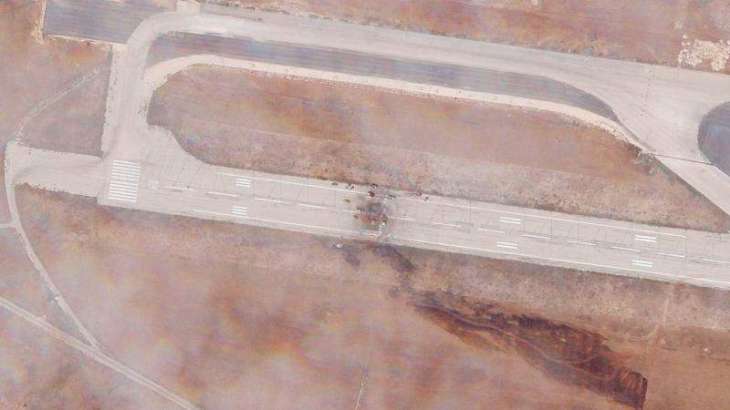 So, no more landings to support Syria with equipment in its 10-year old battle against ISIS and Al Qaeda remnants?

Russia compares the West to a dangerous wounded Predator

Happy 2020 to the Awakening World