Iraq today fields only a single class of fighter aircraft, a squadron of 34 F-16IQ Fighting Falcon lightweight fighters acquired from the USA, which are fielded alongside 24 South Korean T-50 very light trainers and an unknown number of Russian Su-25 attack jets – some of which were delivered second hand from Iran.

The F-16’s depend heavily on support from American technicians to operate, but these personnel are expected to withdraw from Iraq in the near future due to changing political circumstances in the country.

Lockheed Martin is relocating our Iraq-based F-16 team.” With the possibility of its F-16s being grounded, the potential for Iraq to look to acquire foreign fighters from sources which will not depend on American support remains a significant possibility.

F-16IQ fighters were delivered to Iraq between 2014 and 2017, with American political pressure thought to have played a very significant role in influencing the post-occupation government in Baghdad to purchase the aircraft despite their questionable capabilities.

It is no exaggeration to say that the aircraft represents the least capable F-16 variant in service anywhere in the world – with the possible exceptions of those in Egyptian service and the small F-16A fleet in the Venezuelan Air Force. 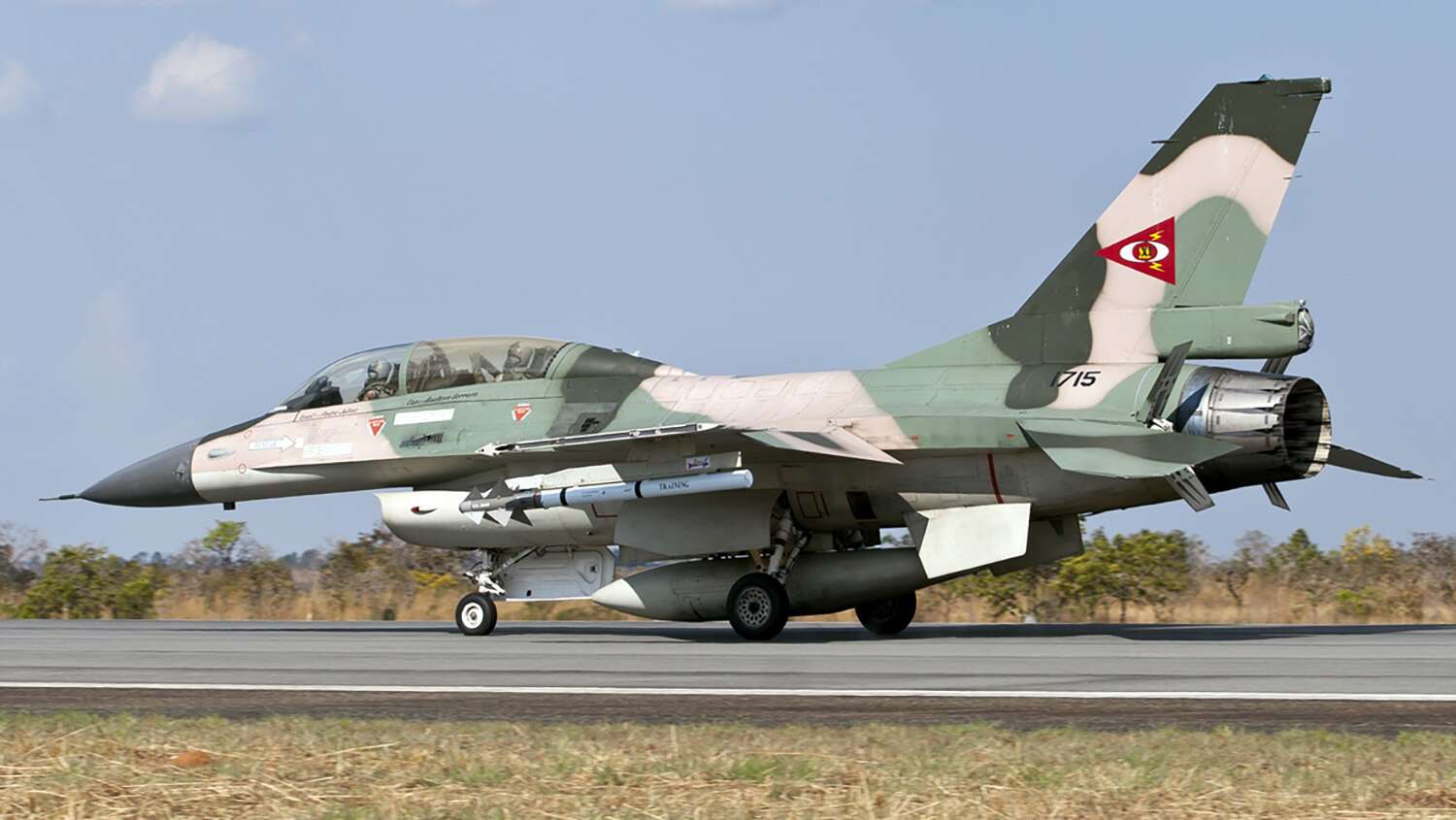 The fighters are the only modern F-16 variants which are not equipped with AIM-120 air to air missiles, and instead rely on the antiquated Cold War era AIM-7 Sparrow and AIM-9L/M missiles both of which are considered obsolete.

The decision to limit the aircraft to such a load-out is thought to have been influenced by Israeli concerns, resulting in Iraq only being provided with the minimum capability sufficient to engage ground targets.

The country’s airspace has been violated by Israeli fighter aircraft in the past – both to attack Syrian targets through Iraq and to strike non-state actors on Iraqi soil.

While Iraq formerly fielded one of the foremost air fleets in the Middle East, its almost total lack of air defense capabilities have led to calls in the region to acquire more capable fighter jets from Russia – as well as Russian S-400 long range air defense systems.

The military inspector for the Iraqi Ministry of Defense Imad Al-Zuhairi, for one, stated in August 2020 that the country needed Su-57’s – Russia’s latest and most capable fighter jet – for its fleet.

The Su-57’s high cost, however, and the complexity of servicing and operating the aircraft, would be likely make it prohibitively difficult considering the current state of the Iraqi Air Force. A lower maintenance class of fighter, however, could be acquired to replace the F-16 and could be more easily kept operational with Russian support.

Experience operating such a fighter – most likely the MiG-29 or MiG-35 – could in turn help provide the Iraqi Air Force with the skills and experience needed to eventually operate higher end fighters such as the Su-57 or Su-30SM2.

The MiG-29 will provide a significantly superior air to air capability than the F-16IQ, with all MIG-29 operators in the Arab world deploying them with R-77 active radar guided missiles — an equivalent to the AIM-120C denied to the Iraqi Air Force.

Iraq previously deployed much older MiG-29A’s from 1988, which had some successes against Western aircraft in the few incidents of air to air combat they saw when equipped with much older and now obsolete R-27 and R-60 missiles.

The much more advanced MiG-29M was recently ordered by both Algeria and Egypt, and is both easier to operate and maintain and much more capable in all roles than the MiG-29A which Iraq previously deployed.

The primary threat to U.S. personnel in Iraq has come from militia forces, many of which are aligned with Iran, which are hostile to the United States. Russian personnel are not expected to face any similar kind of harassment or threat.

Purchasing Russian fighters to replace the F-16’s would be far from unprecedented, with the Iraqi Army having previously acquired Russian T-90 tanks to replace American M1 Abrams tanks in its elite units.

Russian fighters could provide an effective complement to a growing number of Russian weapons systems deployed by the Iraqi Military, which includes, among other assets, new attack helicopters and possibly long range air defense systems in future.

Better machinery for sure?

A MiG flies whatever the circumstances.

Switzerland Experiences with Free Basic Monthly Income of $2.500 in Rheinau