Governments around the world have increased their military spending to a level not seen since 1988 despite their economies suffering during the pandemic, with the USA ahead of the curve again.

Back in 2020, nations all over the world have been struggling to support their economies through the times of hardships and lock downs caused by the onslaught of Covid-19.

Those efforts apparently did not prevent them from spending more money on the military than ever before in more than three decades, the latest report by the Stockholm International Peace Research Institute (SIPRI) has shown.

The world’s military expenditures have risen by 2.6% in comparison to the previous year and reached $ 1.981 trillion – “the highest level since 1988” – according to a report published by SIPRI. Over the last decade, global military spending increased by almost 10%.

Still, some countries, like South Korea and Chile, preferred to spend some of the planned military funds on pandemic response while others, like Russia and Brazil, spent “considerably less” on defense then planned in 2020.

The USA, however, still leads the list of the largest military spenders in the world by a wide margin. America’s military expenditures alone amounted to 39% of the global defense spending.

The USA also recorded one of the highest spending growth rates among the top 10 military spenders, surpassed only by Germany and South Korea, which have considerably smaller defense budgets.

The US regime’s closest “competitor” – China – spent around three times less money on defense and its military spending in 2020 accounted for some 13% of the global tally.

Beijing did not have to raise its defense spending at the expense of increasing the military burden, since its economy was one of the few still growing in 2020.

India, Russia and the UK also made it to the list of the top five military spenders, although their defense budgets were considerably smaller than those of China, not to mention the USA.

Saudi Arabia was the only nation among the top 10 military spenders that had its defense expenditures decreased in 2020.

The economic downturn coupled with the continuous increases in military spending helped some NATO members to hit the Alliance’s spending target as 12 member-states spent two or more percent of their GDP on defense, something that only nine of them did in 2019.

France was particularly the one to cross the two-percent threshold for the first time since 2009. This certainly is not surprising as governments will always do this when the world is distracted with an alleged crisis.

The US is best at this game. They always create distractions while something is playing out.  World-wide I can not see the need for this increase in military spending except for countries like North Korea, Venezuela, and Iran to name a few, due to external threats.

In fact the US military spending did not amount to 39 % of global military spending, as it was higher than that. The US states that it’s Defense Budget is, approximately, around 760 billion dollars. According to analysts, it is between 1.1 and 1.5 trillion dollars. It will be impossible for the US to maintain this amount of spending on a permanent basis 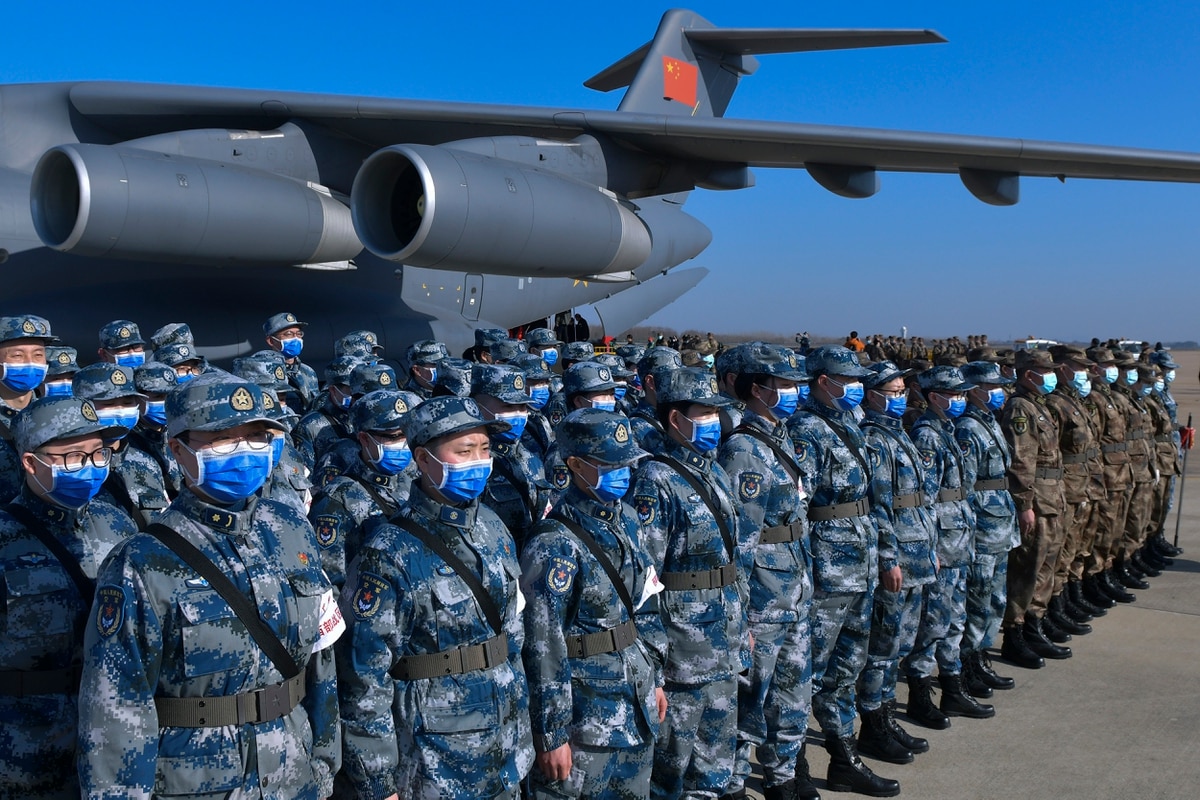