The politics and dynamics of today are a menacing echo of former times when Western powers engaged fascism to do their dirty geopolitical work and invade Russia with Napoleon and Hitler.

Western powers are playing with fire by ignoring Russia’s urgent appeals for security guarantees in Europe. In a series of high-level meetings last week with Russian officials, the USA and the NATO military bloc rebuffed Moscow’s demands for far-reaching de-escalation.

Russia wants a treaty arrangement whereby the NATO powers roll back decades of encroachment. To appreciate the importance of the present juncture first requires a deeper understanding of the geopolitics that the Western powers have pursued against Moscow for more than a century.

That span encompasses the First World War, the Russian Revolution, the growth of fascism in Europe leading to the Second World War, the subsequent five-decade-old Cold War, and then the latest phase of NATO expansionism over the past 30 years.

Indeed, from the meetings held last week between U.S. and NATO officials and their Russian counterparts – and in the Western media reporting of those discussions – reality was turned on its head.

The US regime and NATO partners demanded that Russia de-escalate or else face confrontation. Russia does not have any troops outside of its territory since the Warsaw Pact was dissolved.

While the USA and NATO relentlessly build up offensive forces on Russia’s western borders. The aggressor is evidently not Russia, it is the Western powers. It is they who need to de-escalate!

For the second time over the past century, Russia is seeing a massive military force bearing down on its territory from the east.

In 1941, the invasion by Nazi Germany led to the Great Patriotic War in which up to 30 million Soviet citizens were destroyed, until the Red Army eventually defeated the Third Reich and liberated Europe from fascism.

Nearly half of the total number of deaths in the Second World War were among Russian and other Slavic people. This horror is within living memory.

Not surprisingly (if history were properly appreciated) Russia is today perplexed by what it sees as another offensive mobilization of military power on its western borders, this time under the aegis of the U.S.-led NATO alliance.

This build-up has been underway for the past 30 years since the dissolution of the Soviet Union. Despite verbal assurances to the contrary, the NATO military bloc has expanded all the way from Germany to the Baltics and down to the Black Sea.

Russia today is ringed by NATO members capable of installing U.S. nuclear missiles that could hit Moscow within minutes. France send extra warplanes to Romania, while Spain deployed them to Bulgaria.

American, British, Canadian, German and other NATO members also have warplanes, tanks and warships constantly maneuvering on Russia’s doorstep along an arc that sweeps from the Baltic to the Black Sea.

Not only that, but the countries that joined NATO after the Cold War supposedly ended tend to be vehemently anti-Russian.

Poland and the Baltic states of Latvia, Lithuania and Estonia which border with Russia are the most shrill in accusing Moscow of “aggression” and calling for more NATO force deployment.

These nations are most gung-ho about admitting Ukraine to the ranks of NATO despite the former Soviet republic being embroiled in a civil war between a far-right Kiev regime and Russian-speaking people in the southeast of the country.

The dominant political factions in Poland, the Baltic states and Ukraine are tainted by their association with Nazi Germany during the Second World War.

Today, there are public ceremonies that glorify local political and military figures who collaborated with the Third Reich in its murderous rampage against the Soviet Union.

It was through these same countries that the Nazi war machine smashed its way into the Russian Motherland, killing millions of Slavic Jews along the way.

Therefore little wonder that today Moscow is deeply alarmed over a similar concentration of military forces on its west and, more especially, among nations that harbor intense anti-Russian politics and who in the past served as conduits for Nazi Germany’s Operation Barbarossa.

This is why Russia insists that the United States and other NATO powers enter into a treaty arrangement that limits the further eastward expansion of the military bloc, as well as mandating the withdrawal of U.S. strike weapons from bordering territories, and curtailing regional mobilization exercises.

The top priority for Moscow is a commitment from NATO to not admit Ukraine or other Soviet republics into its ranks. For to do so would pose an unacceptable existential threat to Russia.

The disturbing thing is the seeming indifference of the USA and other NATO leaders to Russia’s security proposals.

The outcome of last week’s meetings in three European capitals was a high-handed dismissal by the Americans and their European allies. NATO would, they said, keep on expanding and ringing around Russia.

Moscow, they said, did not have a veto on how NATO would further expand. This is because, they assert, NATO is “defensive” and “democratic”.

Such an attitude is impossibly naive and conceited, if not wittingly duplicitous. NATO was founded at the beginning of the Cold War in 1949 for the purpose of confronting the Soviet Union.

The Soviet Union may now be gone, but the U.S.-led military bloc has replaced it with the Russian Federation as the contemporary enemy.

Washington and NATO have publicly stated that they view Russia as a national security threat without credibly substantiating the basis for such a provocative designation.

But it’s the forward-projecting NATO members of Poland, the Baltic states and other Eastern European states, as well as potential new member Ukraine, that add a worrying dimension.

The ruling political factions in these countries are rabidly anti-Russia, have a paranoid sense of insecurity, make hysterical claims about Russian invasion and aggression and, more toxically, have a dark revanchist association with Nazi Germany.

Russia has rightly warned Washington and other Western powers that they are playing with fire by emboldening the far-right tendency of Eastern European members of NATO.

The militarization of Poland, the Baltics and Ukraine by NATO bestows on these countries an even more reckless attitude of confronting Russia.

Paradoxically, Russia is accused of aggression and planning an invasion, when in reality it is Ukraine and its NATO neighbors that are more likely to mount some kind of provocation leading to war with Russia.

Herein lies the reprehensible rhythm of history. Contrary to what conventional Western historical accounts would portray, the rise of Nazi Germany during the 1930’s was a deliberate policy for the Western powers.

American, British and French ruling establishments financed the growth of the Third Reich as a bulwark against the Soviet Union and a bludgeon against international socialism.

Western capitalism saw fascism as a convenient weapon against a perceived threat to its order. To this end, Wall Street and the Bank of England invested massively in building up the Nazi war machine under Adolf Hitler.

One century earlier the Rothschild family motivated Napoleon to invade Russia, exchanging paper money for gold to pay for the Zionist war effort. During WW II, the same goal was initiated, but failed again.

The Western powers engaged with the Third Reich in order to carve out spheres of influence in which the British Empire would be left to its own devices while Hitler would be given a free hand for Nazi expansion to the east.

A major objective of this pact (tacitly revealed by the 1938 Munich summit between Hitler and Britain’s premier Neville Chamberlain) was to contain the Soviet Union.

The Third Reich’s rabid anti-communism (despite its misnomer label of “national socialism”) and its “Untermensch” beliefs about Slavic subhumans made Nazi Germany the partner of choice for Western powers to contain Russia.

It’s fair to say, the Western powers probably did not envisage just how disastrously far Nazi Germany would take its own imperial ambitions or what would become the horrific genocidal extent of its depraved Final Solution.

Eventually, as it turned out, the British and American establishments would be compelled to go to war against the Nazi regime after building it up.

The Western powers had played with fire in sponsoring a rabid anti-Soviet regime that ended up going rogue against their own imperial interests.

Nevertheless, it can be said that the result of such machinations by the Western powers to contain the Soviet Union certainly led to the Second World War and a death toll of over 70 million people worldwide.

Today, Britain and the United States boast about their presumed role in defeating Nazi Germany. The truth is, however, they created the fascist monster and the monstrous war that ensued.

Their war was necessitated to put down a Nazi mad-dog that had been unleashed. The real victory of the war belongs to the Soviet people and the Red Army that buried the Nazi war machine in Berlin.

The Soviet victory over Nazi Germany was the definitive event of the Second World War. The Western powers were a sideshow that was brought about by their own reckless machinations to foment Nazi Germany against the Soviet Union.

At the root of these imperial machinations was the objective of containing the Soviet Union borne out of the imperative of Western capitalist hegemony.

When the Nazi menace was removed in 1945, the Western powers soon began to resume their anti-Soviet obsession amid the rubble of the Second World War.

The formation of NATO as a military alliance, the recruitment of Nazi remnants, scientists, spies and collaborators by Western powers and the deployment of CIA-backed fascist saboteurs in Eastern Europe behind Soviet lines – all point to a resumption in long-term geopolitical policy to contain Moscow.

Russia today does not pose an ideological threat to Western capitalism in the way that the Soviet Union did.

Nevertheless, Russia presents a problematic obstruction to the would-be hegemony of Western imperial power as does China and others who proclaim the desirability of a multi polar international order as opposed to one dictated by Washington and its Western allies.

This is why NATO keeps expanding around the Russian frontiers. It is a function of containment strategy based on intimidation and destabilizing impact. This is a consistent thread over the past century.

The cabal in Washington wants Moscow to be subordinate to its global power in the same that European NATO allies (vassals) are.

Ideally, regime change in Moscow is the ultimate objective whereby Western capital would be able to exploit the planet’s largest country and its vast natural wealth.

In a similar way to the reckless fomenting of Nazi Germany as a bulwark against Moscow, the Western powers are fomenting far-right regimes in Eastern Europe in the form of NATO.

The former policy led to the cataclysm of the Second World War. Who is to say that the emboldening and weaponizing former Warsaw Pact nations in Eastern Europe will not similarly explode in uncontrollable conflict?

The politics and dynamics of today are a menacing echo of former times when Western powers engaged fascism to do their dirty geopolitical work.

Similar forces are at work in the present and Moscow is right to call out the dangers that Western powers are once again gambling with, blaming the Russian in advance. 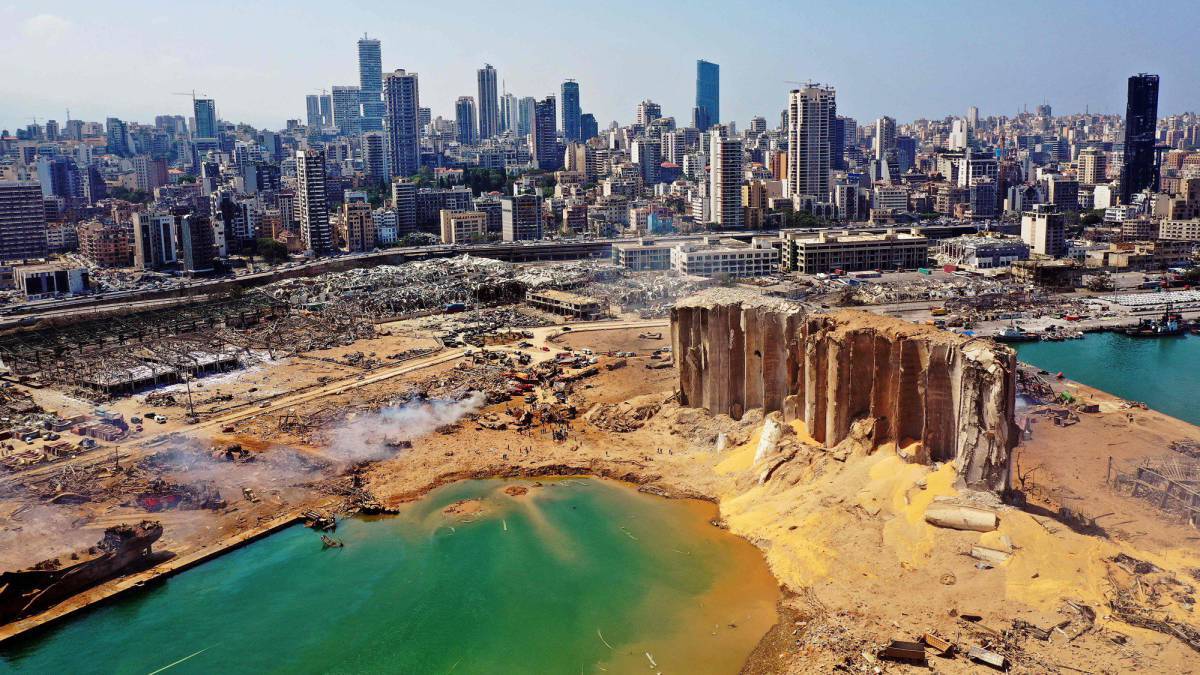 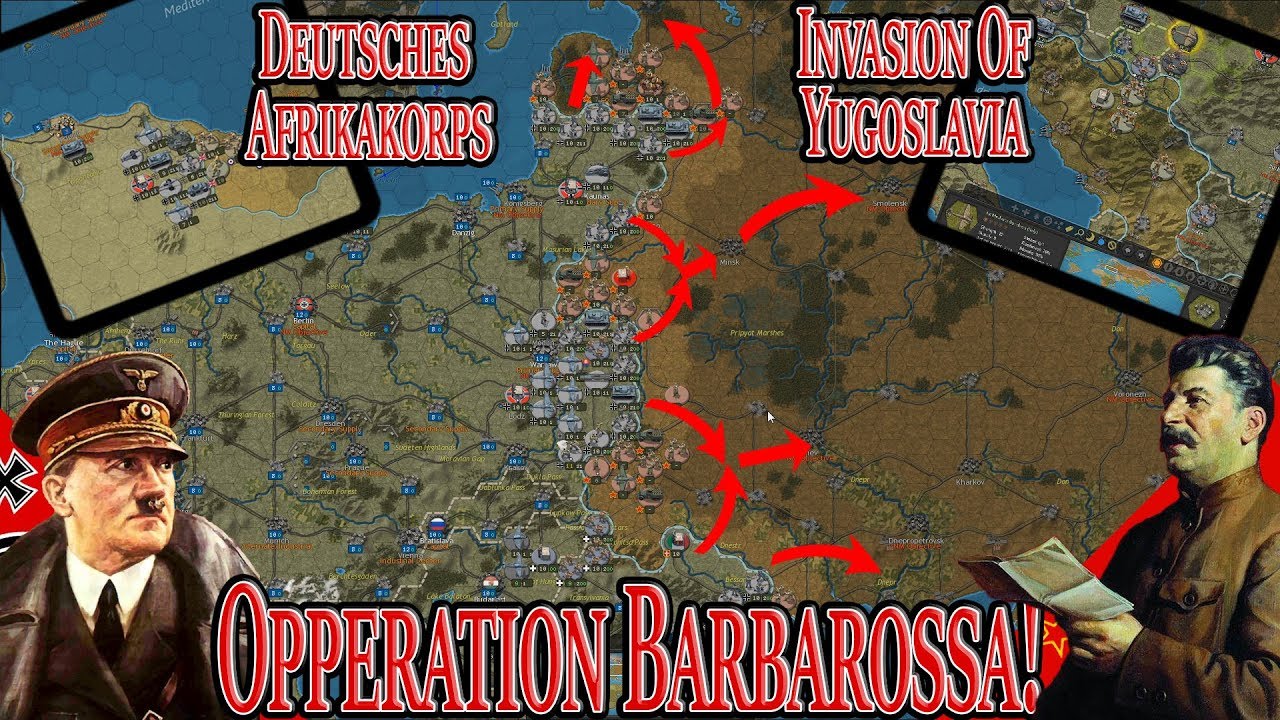