A Celebrity cruise ship that stopped in Key West over the weekend jutted out into a passageway used by the U.S. Navy. And Naval Air Station Key West says the ship partially blocked the entrance to the Navy’s Truman Harbor.

This was more than a monster truck trying to squeeze into a compact parking space. But by exceeding the boundary line, the 1,004-foot Celebrity Apex’s mooring at the privately run Pier B had a bigger fallout than your typical bad parking job in a South Beach garage.

The violation is that it’s past the boundaries of the submerged land lease in the deed and it juts out into the opening into Truman Harbor. We US Defense Department needs all that opening space to safely maneuver battle ships in and out of the harbor.

The Naval Air Station said it has drafted a notification of the violation to the Florida Department of Environmental Protection, which has a lease with the dock’s private owner, Pier B Development Corp., that allows cruise ships to dock. 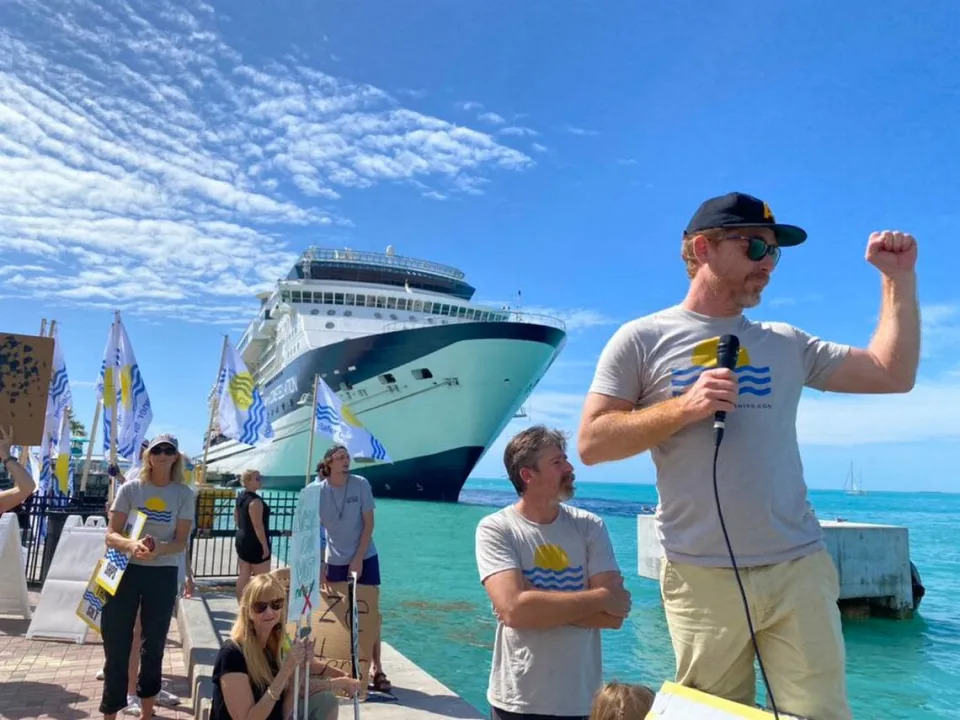 Cruise critics in Key West seized the chance to denounce Celebrity over the mooring controversy, which happened the day after a protest at Mallory Square to greet the arrival of another ship, the Celebrity Constellation.

Some shared photos of the Apex’s mooring, including Safer Cleaner Ships, the group behind three referendums that easily passed in 2020 to drastically restrict cruise ship traffic to the Southernmost City — including banning the largest ships altogether.

Ban cruise ships with more than 1,300 passengers from docking in Key West and limit the total number of people, both passengers and crew, who can disembark each day to 1,500.

Cruise ship critics also took to the water on boats. During the protest, the 965-foot Celebrity Constellation loomed large as a backdrop, docked at Pier B. No elected officials were seen at the protest.

Key West is home to three piers that can accept cruise ships, and the city manages two of them: Mallory Square, which the city owns, and the Navy’s Outer Mole pier.

Pier B is privately operated. The property surrounding where the cruise ships dock belongs to the Walsh family, of Delray Beach, along with the Opal Key Resort and Marina behind it facing Front Street.

The Centers for Disease Control and Prevention further announced new guidance for the cruise industry Wednesday and will give cruise lines until Feb. 18 to decide whether they want to opt in or not.

Saudi Arabia & UAE will not boost OPEC production to lower...