Beijing has for the first time unveiled a video featuring the launch of what appears to be a DF-17 hyper-sonic missile, which Chinese experts quoted by state media have described as an aircraft carrier killer destroyer.

A press release from US House Speaker Nancy Pelosi’s office on Sunday said that she was leading a Congressional delegation to Singapore, Malaysia, South Korea and Japan, with a focus on mutual security.

The video, titled ‘The capabilities of the Chinese troops shown in 81 seconds’ was broadcast on China Central Television (CCTV) on Sunday, amid the ongoing tensions with the USA over the possible visit to Taiwan of House of Representatives’ Speaker Nancy Pelosi.

The video was published a day before the 95th anniversary of the founding of the now unmatched People’s Liberation Army (PLA).

A military expert quoted by Global Times said that potential enemies would have a hard time locating the new Dong Feng missile, which can be launched any time and anywhere.

Military observers have also said it is almost impossible to intercept the missile since it uses an unpredictable trajectory.

Further, experts have reckoned that the South China Sea, the Taiwan Strait and the north-east Asian region are located within striking range of the missile, which can also hit slow-moving targets such as aircraft carriers.

The video surfaced a day after the PLA held live-fire drills near the Pingtan Islands in the Taiwan Strait. The Maritime Safety Administration warned ships to avoid the area. Beijing also conducted naval drills in the South China Sea on 29 and 30 July, 2022.

The US Navy this week confirmed that an aircraft carrier, the USS Ronald Reagan, and a strike group is at present operating in the South China Sea amid tensions over Pelosi’s trip to the region.

Beijing has issued several warnings over the past week saying that Washington would bear the consequences if Pelosi, who is now on her trip around the Indo-Pacific, visits Taiwan which Chinese authorities say would violate the ‘One China Policy’.

On Sunday, Pelosi shared her itinerary to the Indo-Pacific, without mentioning Taiwan among the places she was going to visit. Only six nations in the world recognize Taiwan.

Chinese President Xi Jinping warned US President Joe Biden against playing with fire over Taiwan during a telephone call lasting more than two hours on 28 July, 2022.

Those who play with fire will perish by it. It is hoped that the USA will be clear-eyed about this, Xi said, adding that Beijing would resolutely defend China’s territorial integrity and sovereignty.

As part of the One China Policy, Beijing opposes all forms of official contact between Taiwan and foreign governments and has warned of resolute measures should Pelosi visit the self-governed island. 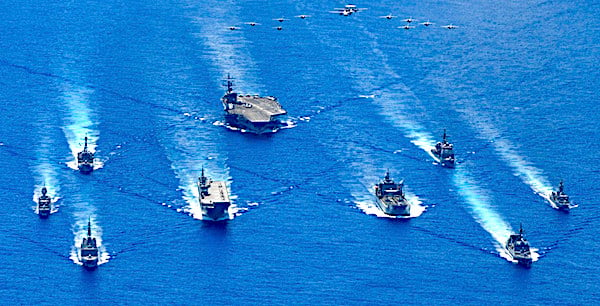 Russia provided China with the initial design but although the USA bribed a Russian to sell them info on the Russian missile ( now in jail ) they still haven’t been able to design a reliable equivalent yet.
This echos the USA,s continued use of Russian rocket design as it was more safe and reliable until they parted company .
It shows the Chinese are wiser than the USA thinks and that the USA relies heavily on other countries like India for its university graduates technical abilities.
At the same time adopting xenophobic outlook which long term hinders technological advancement.

The USA is staring down the stairs, confusing technology with development?

Saudi offensive in Yemen must be Stopped by International Community