The US Government Decision 3790 is depicted as a tool to aid Palestinians, but yet it’s being used to further the expansion of Jewish settlement and confiscation of Palestinian land and property.

Last week, Israel bowed to American pressure and scrapped the controversial Atarot settlement in the Palestinian neighborhood of Qalandiya just north of Jerusalem.

But on the heels of that decision, the state advanced another Jewish settlement in Palestinian neighborhoods along Jerusalem’s southern tip, even as the residents there are grappling with a severe housing shortage.

The plan is to develop a new neighborhood called Givat HaShaked on land extending beyond the Green Line (Israel’s de facto border before the 1967 War, which saw it occupy East Jerusalem, the West Bank and the Gaza Strip) and adjacent to the Palestinian neighborhood of Beit Safafa in Occupied East Jerusalem.

The project calls for the construction of 473 homes, schools and synagogues to be built on about nine acres of open land.

The state is supposed to publish a map of the areas of the plots and invite people to make claims. And if claims are made that contradict each other, then the registrar is supposed to send those claims to court to be clarified.

But the way the state is actually doing it, we see that it’s being done quietly. People often don’t know that it’s happening. We don’t know yet of a single case where the Palestinians will be able to benefit from it?

Like other areas of East Jerusalem, Beit Safafa is suffering from an extreme housing shortage. This is a result of a bureaucratic labyrinth of building permits and a lack of zoning plans.

It’s a reality that we are living and the plan is going to happen. Beit Safafa residents are up in arms over the Givat HaShaked plan, given they have been requesting the city for more housing for young couples in Beit Safafa. But their demands have been neglected and failed to be heard.

What’s happening in Beit Safafa is a political situation. They’re doing the same thing in many other Arabic villages in Jerusalem. Jerusalem’s government is just ignoring the Arabic community as if they don’t live here at all. They’re ignoring us while developing their own community.

According to Ghassan, former Jerusalem Mayor Nir Barkat, who served until 2018, promised 400 homes to Beit Safafa but the current mayor, Moshe Lion, walked back this commitment.

Beit Safafa is currently surrounded by three Israeli settlements – Gilo, Givat Hamatos, and East Talpiot – and the majority Jewish neighborhood of Pat, which has made it difficult for Beit Safafa residents to obtain construction permits.

Beit Safafa was also split in two when the Begin Highway and HaRav Ovadia Yosef Road were built, leading to a lack of open space.

The area reserved for Givat HaShaked was once sought after for development by former Israeli Prime Minister Yitzhak Rabin. In 1995, Rabin put forward a housing project for the land, sparking international outcry.

The UN Security Council voted to have Israel halt the plan, with the United States vetoing the resolution. Rabin shelved his expropriation efforts days after the UN vote, in what has been speculated to be an exchange for the U.S.’ veto.

Now, the current Israeli government is going beyond what any previous leadership dared to do, Daniel Seidemann, founder and director of Israeli non-profit Terrestrial Jerusalem, emphasized.

Relations between the United States and [Israeli Prime Minister Naftali] Bennett are charged at the moment.

The Americans have made their concerns very clear about [the settlements of] E1 and Atarot, so why is Bennett having another poke-in-the-eye over something like this?

These settlements are absolutely incompatible with any commitment to anything other than permanent Israeli control over the entire area.

Especially highlighting the record number of home demolitions throughout Area C of the Occupied West Bank as another way Bennett’s government is pushing increased annexation.

Despite Bennett’s government being a politically diverse coalition, hard-line voices are the ones in power. Far-right members of the coalition are put in very strategic, high-level positions, like in the Ministry of Interior, Ministry of Housing, Ministry of Finance, Ministry of Justice.

All of these portfolios are very senior and they have a lot of weight. And what we’ve seen is because of this, they are quietly able to advance this very far-right-wing agenda.

Prominent right-wing politicians hold top spots in Israel’s government: Ayelet Shaked is Interior Minister; Ze’ev Elkin is the Minister of Housing and Construction; and Gideon Sa’ar serves as the Minister of Justice.

As settlement expansion becomes the defining feature of Bennett’s government, the other side of the Atlantic is becoming increasingly more vocal about Israeli occupation and land theft.

In November, 26 U.S. House Democrats penned a letter urging Secretary of State Antony Blinken to stop Israel from moving forward with the settlement plan in the E1 area of the West Bank.

The move was led by Wisconsin Rep. Mark Pocan, who recently toured a Palestinian village in the West Bank with New York Rep. Jamaal Bowman. And Minnesota Rep. Betty McCollum has become a strong advocate for Palestinian rights in Congress.

The Democrat has sponsored two bills related to U.S. military aid to Israel and said the state practices apartheid. On the Givat HaShaked proposal and ongoing settlement expansion in Palestine.

Israel’s state-sponsored expansion of settlements on Palestinian land – while the Israeli government’s bureaucrats deny Palestinians permits to even build homes and bulldoze existing Palestinian homes, schools, and businesses – is destroying the prospect of a Palestinian state and the prospects for peace.

The global community views Israeli settlement expansion as illegal and lethal to any future peace process, and the U.S. government should not be silent.

This situation has reached a point in which the Palestinians are clearly a people denied even basic human rights while under Israeli government subjugation.

U.S. lawmakers are emerging as more and more critical of Israel, but that hasn’t stopped Israeli state violence. In fact, Israel appears almost fueled by the condemnation.

And if the U.S. does put it on the agenda, it means there’s that much less political capital that it can spend on other things.

But at the end of the day, the U.S.-Israel alliance is a lot stronger than any notion of democracy or human rights. 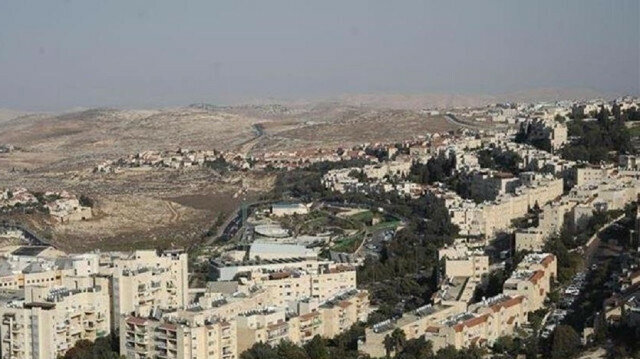 The US Air Force says it Secretly Designed a Brand-New Fighter...

Corruption, Bribery and Extortion tool created by Corporations to Cash in...